One of the things that always brings me back to my childhood memories is when I see character illustration in some of the websites and artwork that are being designed today.  In this post I have come up with a great collection of mainly Illustrator and some Photoshop tutorials for character design. You will find that there is a wide array of tutorials ranging from beginners to advanced that suits all levels of designers. So if you are in search for Character Illustration Tutorials, this article is a must see. Enjoy!

Want more on tutorials? Check out some of my previous post: 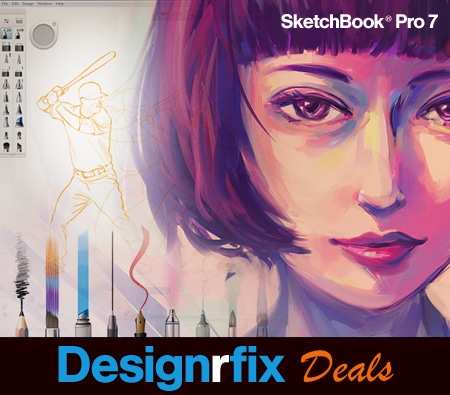 How to Create a Web Site Mascot 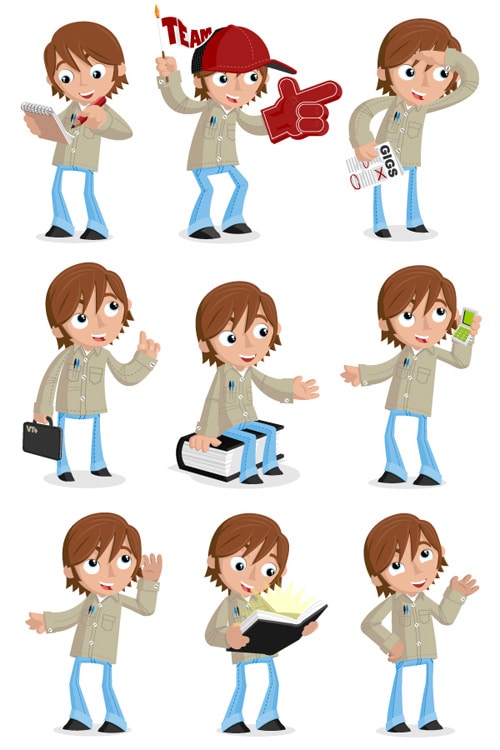 In this tutorial, I’m going to give an overview of how developed a character from the initial brief through to the final site mascot and then to go on to create several poses for different parts of the site. – Author: Scott Jackson

Create your own monster 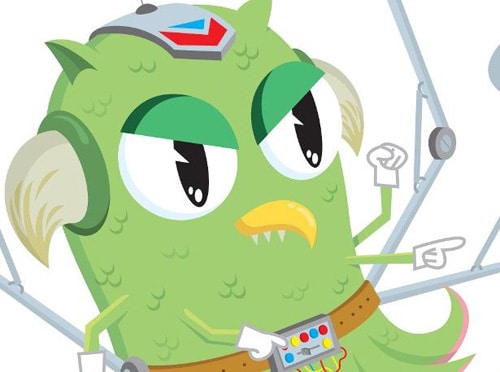 Monsters have been a staple of the media since the golden age of Japanese Kaiju, first made famous by Godzilla in the 50s. However, with fewer recognisably ‘human’ features for an audience to relate to, a believable monster can take time to develop. – Via computerarts.co.uk

Adding dimension to your characters 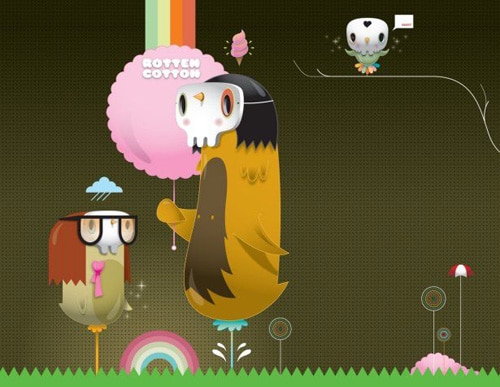 Are your designs looking a little flat? We show you how to make your creations leap off the page with startling dimension… – Via computerarts.co.uk 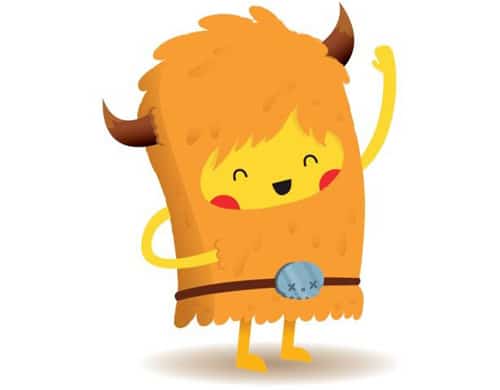 Characters can add a recognisable face to your work. But how do you go from a sketch to the finished product? Peskimo talk through their process. – Via computerarts.co.uk

How to Illustrate a Cute Emo Kid 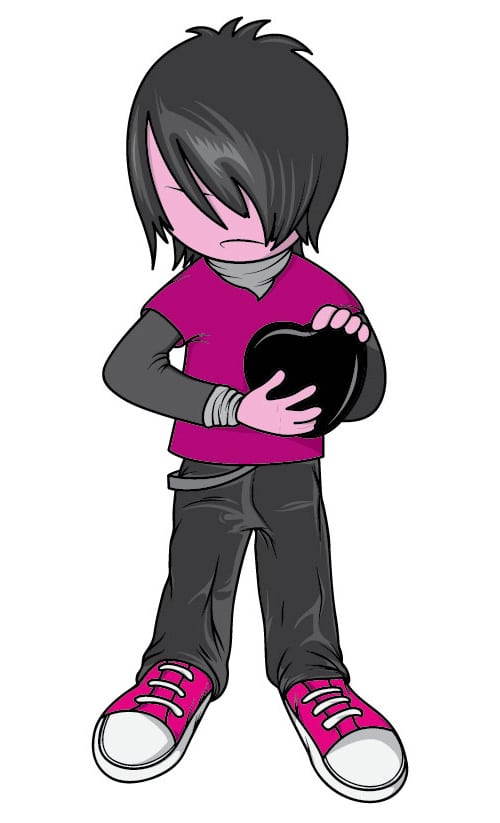 We’ve recently included some funny looking cartoon style silhouettes on our website, so in this tutorial I will take you through the process of drawing these cuties. The concept is based on the Emo trend and I will take you trough all the steps from sketch to full color vector. I am using Illustrator CS3, pen, paper, scanner, and Wacom tablet. – Author: Designious

How to Create a Stinking Zombie Flesh-Eater in Illustrator 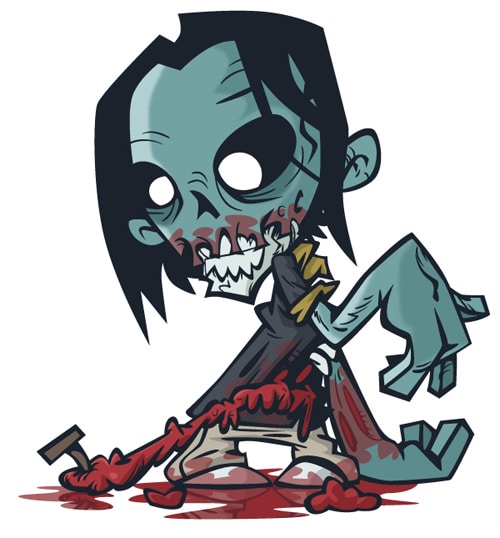 In this tutorial, I will show you how to create a cartoon zombie in Illustrator. Starting by creating a fresh corpse, we will then ‘yuck’ it up using a number of techniques. Let’s ‘rip’ this one apart! – Author: Nik Holmes 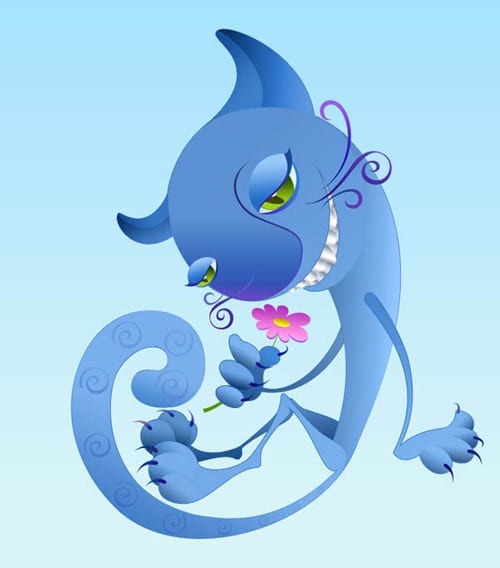 Vector illustrations are known to be rather popular in web graphics today. Professional designers are able to create such illustrations in a matter of couple hours. If you are a beginner or an amateur, the tutorials in web-graphics would certainly be of a great use for you. – Via tutorialpark.com 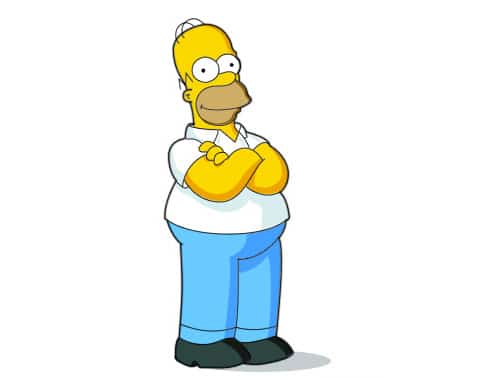 This tutorial will teach you how to draw the Simpson’s favorite character, Homer Simpson, from grounds up. Our drawing project will involve drawing the outline of the character, applying strokes to these outlines, and then using various selection tools to color Homer’s skin and clothing. Wel will then finish it off by adding shadows and highlights to make it look similar to the image below. – By Dr Diablo 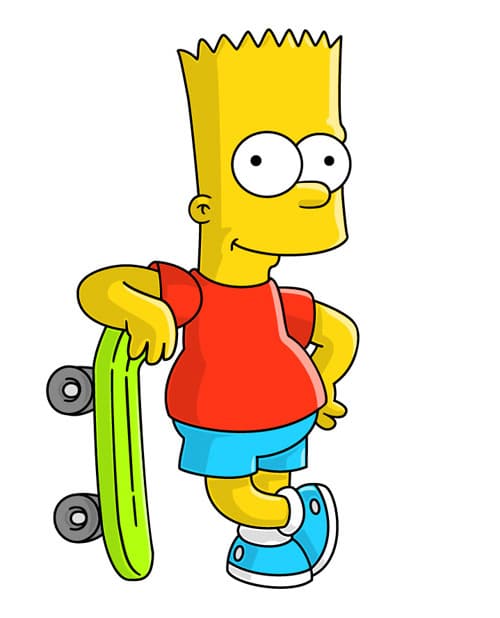 This is a short beginner tutorial. You will use Layers, utilize the Pen Tool and its sister tools, such as the Convert Anchor Point Tool, Direct Selection Tool, etc, to draw and colorize a vector Bart Simpson in Adobe Illustrator. – Via tutsking.com

How to Illustrate a LeBron James Cartoon Character 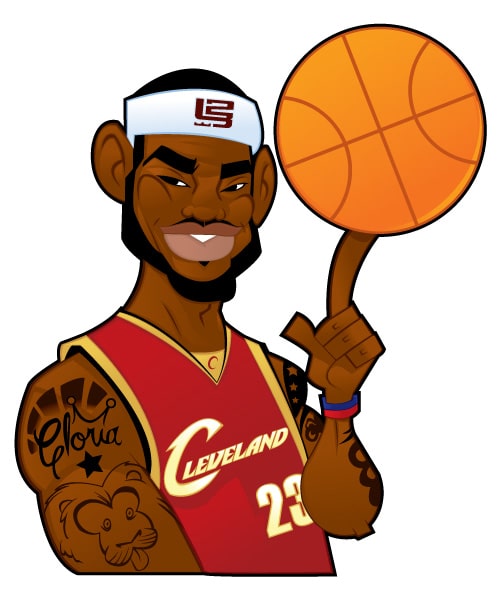 Hello fellow vector artists, I am a cartoonist/illustrator who specialized in retro style vector cartoons. You can find more of my work and books at my web site. In this tutorial, I’ll show you how I use Adobe Illustrator to create vector cartoons. – Author: Wardell Brown

How to Create a Cartoon Character with Expressive Lines 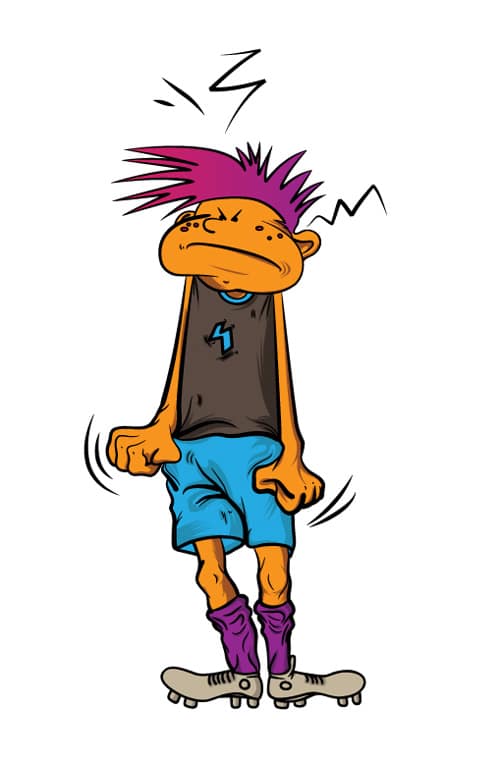 Cartoon character drawing covers a lot of techniques and styles from one color characters to multilayered colorful ones. In this tutorial, I will cover the necessary steps for creating a colored multicolor cartoon character that includes shadings. I used Adobe CS3, a Wacom tablet, an inked drawing, and scanner. With your tools ready, let’s get to it! – Author: Designious 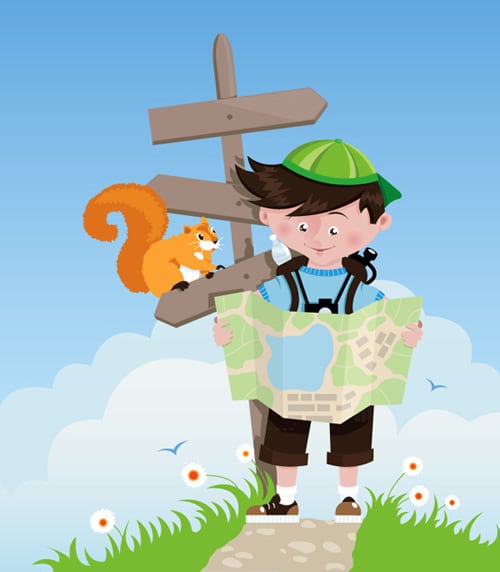 There are numerous micro-stock websites that vector designers can design for and make consistent earnings through. Envato runs a few stock sites, such as Graphic River, which you may be interested in participating in. You may find the article on Freelance Switch about making money through selling your work on stock sites enlightening as well. There are some great tips in that article. – Author: Oksancia 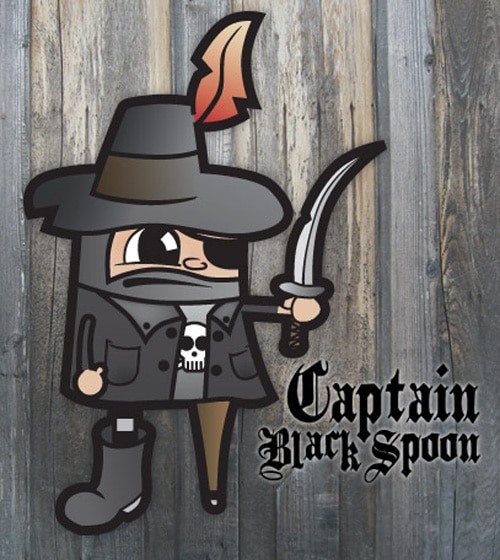 By firstly using the power of pen and paper a character design is created, which is then scanned into the computer to use as a base for tracing with Adobe Illustrator. The final outcome is a colourful cartoon character in vector format! – Written by Chris Spooner

How to Create a Killer Chainsaw Bunny Character 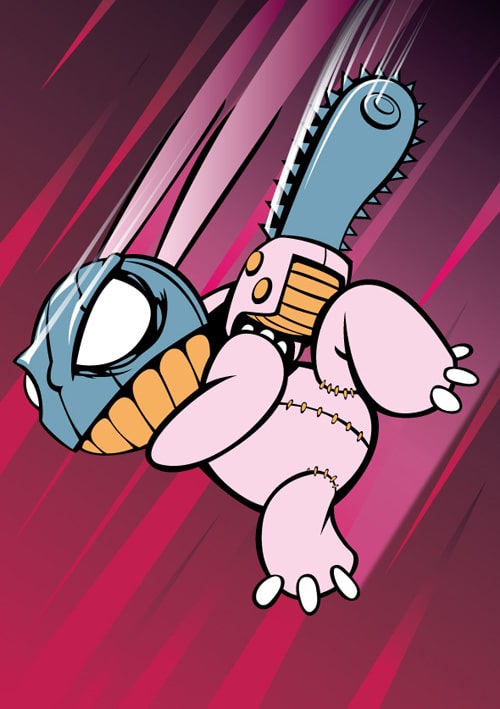 This tutorial shows you how I build a Bucket ‘o’ Thought character and add a dynamic background effect. This process can be applied to any sketch you are vectorising. It takes some knowledge and skill with the Pen tool, but gives you ultimate control over your line work. In this tutorial, I will constantly refer to a tools’ quick key, learn your quick keys people, it makes things so much easier! – Author: Sean Kelly 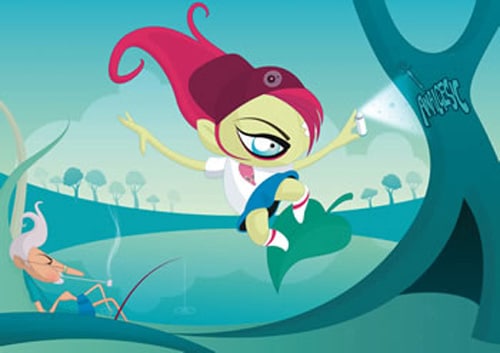 Illustrator maestro Alexis West demonstrates how to magic up appealing characters using a pencil, a computer and bags of imagination.

How to Turn a Sketch into a Fat Cat Vector Illustration 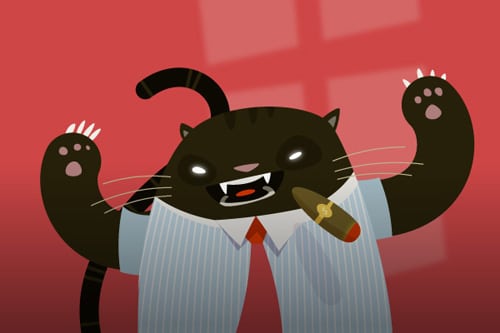 This tutorial aims to guide you from sketchbook to screen; a “Fat Cat” doodled with biro translated into a neat vector caricature. Intermediate knowledge of Adobe Illustrator is advised. Let’s take a look at how to create a cheeky cat illustration – from initial concept through to vector goodness. – Author: Ian Yates 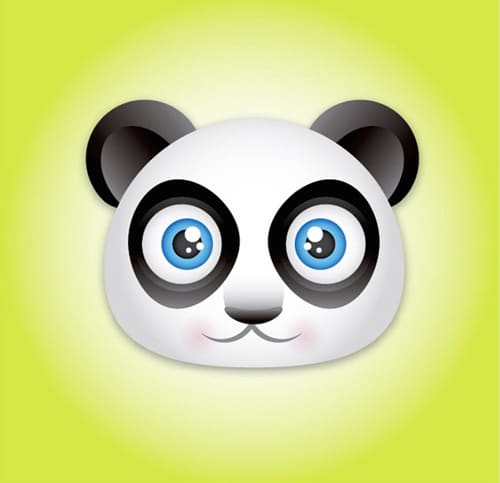 Lately, I have been working on some children illustrations, creating some über cute creatures. In the following easy tutorial, I’ll show you how to create a cute panda bear face icon all from ellipses (well, actually there is one rectangle for the background). The great part about this tutorial, is that you can easily apply the techniques to other icons, illustrations, logos, or other projects. – Via vectips.com 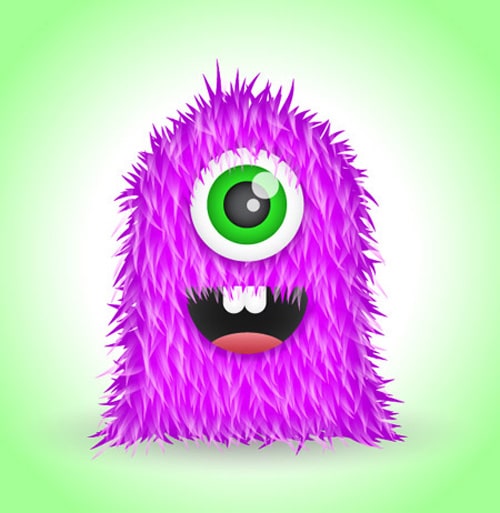 Follow these steps in Adobe Illustrator to create your very own super cute fuzzy monster character. We’ll be working with the basic shapes to start, then use a variety of gradients to add depth. We can then finish it off with some detailed fur effects to really lift the design from the screen. – Written by Chris Spooner 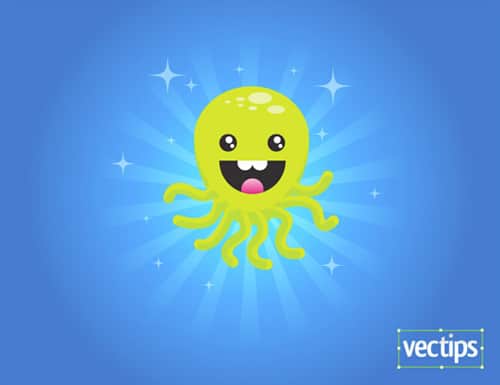 In Illustrator it’s really easy to create fun characters with some simple shapes and the Pathfinder Panel. In the following tutorial I will explain how to create a Happy Octopus Character. You can use these techniques and elements to create whatever character you want! – Author: Rype

How To Create Your Own Vector Cartoon Character 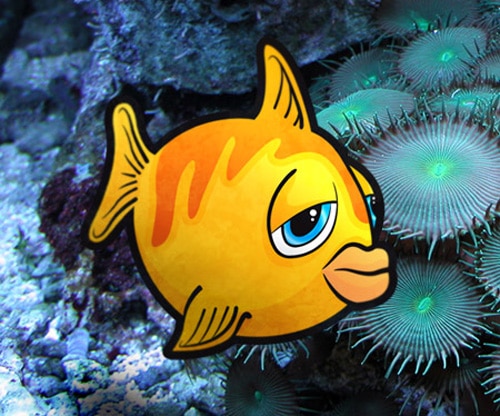 One of the most popular articles here on Blog.SpoonGraphics is how to create a vector cartoon character from a hand drawn sketch, an Adobe Illustrator tutorial covering the process of creating Captain Blackspoon. Using similar techniques, follow this tutorial to create your own vector character; Freddy the Fish. – Written by Chris Spooner

How to Create a Cute Bunny Vector Character 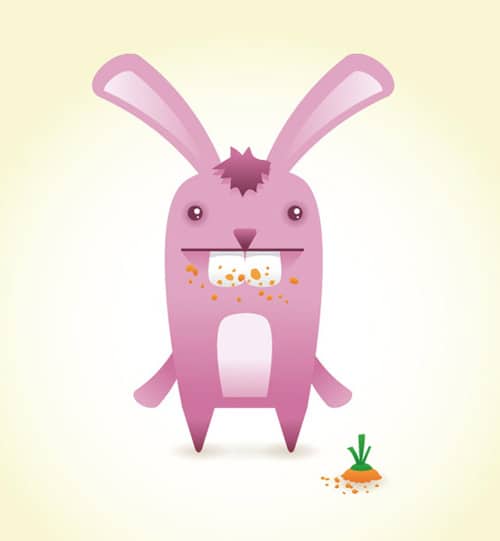 In this Illustrator tutorial, I will show you how to create a cute bunny character. This tutorial uses simple shapes and gradients that are easy to apply to other character illustrations. The great thing about his tutorial is you don’t have to be an amazing artist to create it! Check Chris Spooner’s post 70 Cute and Cheeky Vector Animal Characters for more character inspiration. – Author: Rype

I do a lot of creative hired gun work for agencies. They call me up and pull me into their various projects to execute everything from logos, icons, illustrations, concepts, patterns and in this case a character design. – Created by Von. R. Glitschka

Inspiration comes from the strangest places at times. The inspiration for this illustration came from a new business venture I considered but never pulled the trigger on. Even though the business never came to fruition, a good idea did emerge from that situation. – Created by Von. R. Glitschka

Illustrating for an embroidery patch that will be 1.875 x 1.875 inches is challenging to say the least. You’re dealing with a production technology that is very limiting. Gradient blends at this size just look terrible so you have to keep your colors flat and detail needs to be simplified. – Created by Von. R. Glitschka

Digital illustration is awesome if for no other reason than you can create your own reality. Perspective doesn’t exist, and true to life shading and lighting isn’t limited to mere physics as it is for those who exist outside of the 2D universe. – Created by Von. R. Glitschka

Twitter is quite a social media juggernaut as of late. It’s getting to the point that one has to have a Twitter account. And what good is a Twitter account without a link to it? And what better way to link to your Twitter account than with a cool blue bird character illustration? This tutorial will walk you through the steps from sketch to vector in creating an original cartoon-style character vector illustration. – Via gomediazine.com

How to Create a Quirky Twitter Bird in Corel Draw 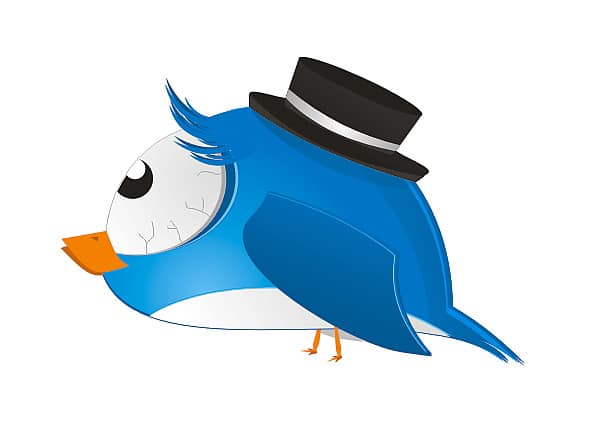 Learn here how to create a this bird using a few techniques in Corel Draw. Successful completion of this tutorial requires an intermediate knowledge of Corel Draw. We think it’s easy as there is no need for Art school sketches that are usually needed in the first step. Let’s get started! – Author: REDmillion 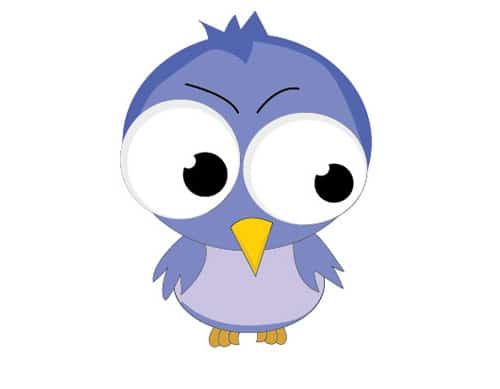 In this tutorial i’ll show you how to build the cute bird that you can see on my site. First will have a look at the final image. The tutorial will start with the paper sketch, then we will continue by tracing it in illustrator and finally add the details. So Let’s get started! – Via suciuvlad.com 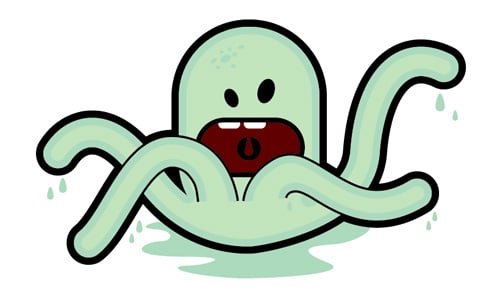 The final monster cartoon character in the mini series; my favourite – the Green Slimey Monster! Once again, a tutorial that will hopefully be easy enough to follow by Illustrator beginners, with mostly the basic tools and shapes being used. – Written by Chris Spooner 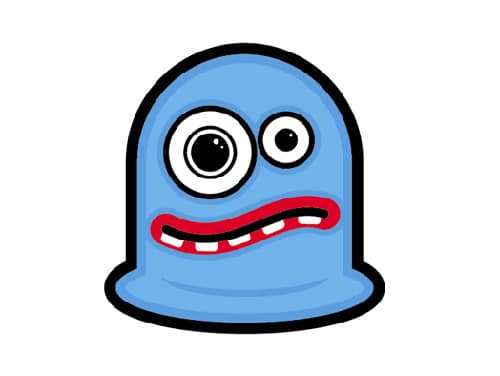 Part one of the mini-series covered the creation of the Flying Bat Ghost, now we’ll take a look at the Dumb Blue Sucker Monster! Again, using mostly the basic tools and shapes making the tutorial suitable for beginners to Illustrator. – Written by Chris Spooner 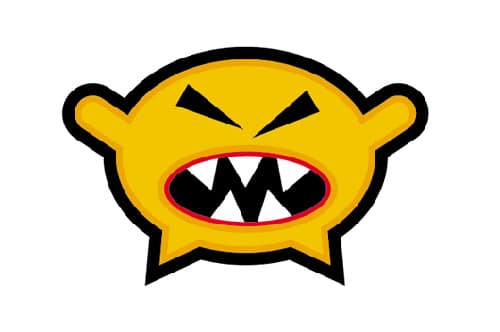 Part two covered the creation of the Dumb Blue Sucker Monster, now we’ll take a look at the Angry Orange Monster! Once again, hopefully these will be easy enough to follow by Illustrator beginners, with mostly the basic tools and shapes being used. – Written by Chris Spooner

That`s a really nice list of tutorials, I like the that with Bart Simpson and that with adding dimension. Too bad I didn`t find Dexter here. :)

This article has been shared on favSHARE.net. Go and vote it!

Great article. I’ve been thinking about vector character creation for years, now i have a great starting point.

Awesome collection of tutorial :) . Thanks for sharing this awesome post.

I also like writing character tutorials, I am always sure tha I won’t find any other tutorial like mine )

Check out these free vector characters at bevel and emboss :) http://bevelandemboss.net/free-character-illustration-set

Thanks for sharing these cool tutorials, hopefully I will be able to learn a lot of techniques from these!!