Your love for photography runs deep, and you know it. You eat it, breathe it, and live it. It has become so ingrained in you that you can’t seem to stop shooting. Yet no matter how motivated you are, there comes a point wherein your brain dishes out squat. Your eye for detail seems to be blurred and your muse must’ve been on vacation.

If you’re bent on training yourself on becoming the great photographer you want to be, you can’t just watch your inspiration tank drain and wait for it to refuel itself. Whether you’re sick of your lazily taken Instagram photos or simply hungry for a fresh batch of inspiring photos, here are 15 amazing online photography magazines where you can get your fix. 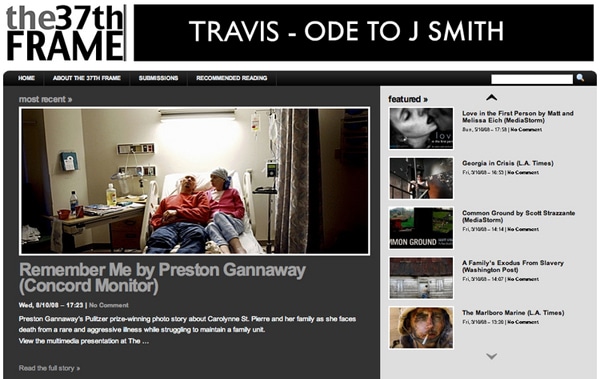 Kick-started by photojournalist and political photographer Pete Marovich, The 37th Frame’s foremost aim is to impart what makes for good photojournalism to fellow professionals and enthusiasts. Always looking for interesting stories and journalistic shots himself, Marovich developed a habit of bookmarking sites that publish great photos online prior to the creation of The 37th Frame. While he found that amassing a lot of links was fun, he also realized that checking for updates from each one can be quite daunting.

Now, The 37th Frame enjoys celebrating photojournalism by sharing what is powerful, what is influential, and what evokes the viewers’ emotions. The site is purely non-profit; Marovich has stated that he only wishes to share the messages across different audiences. 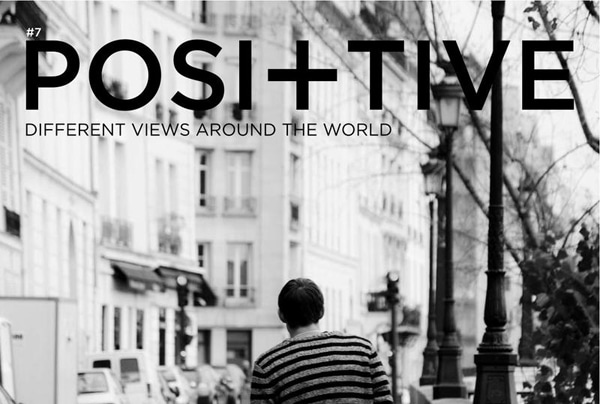 Published in both English and Italian every two years, Positive Magazine encapsulates varied points of view from all over the world. Founded by photographer and freelance journalist Giacomo Cosua, the website serves as a vehicle for artists and writers to share their work. Their main categories include photography, art, architecture, culture, and fashion.

Positive Magazine also publishes reportage on global news and current events. They strive to pair each comprehensive report with an equally powerful picture, and the magazine comes in PDF which can be downloaded from their website.

The brainchild of digital producer-slash-photo editor Andy Adams, Flak Photo is an online photography site whose purpose is to promote passion for visual culture by exhibiting the works of photographers, artists, bookmakers, and curators. The big idea is to help them make their work seen and known and appreciated by the public.

The Collection, Flak Photo’s main feature, is a digital gallery of contemporary pictures and is updated on a weekly basis. The site’s affiliates are also varied making it an ideal channel for finding fellow artists you can collaborate with. Aside from the previously mentioned, Adams is also known to many editors, publishers, and gallery experts. 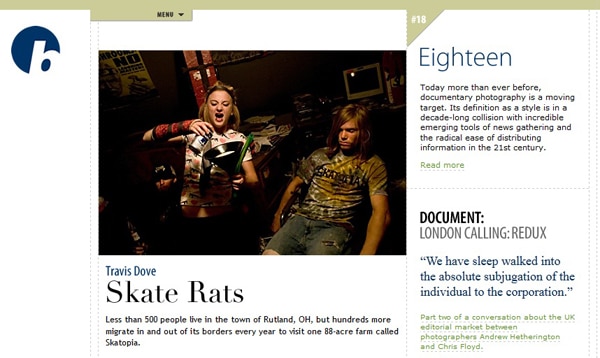 Born in 2003, Blueeyes Magazine serves as an online documentary photography magazine whose objective is to counter the fast-decreasing spaces made available for documentary photos. It also derives inspiration from Untitled Magazine, a defunct publication that used to endorse personal photography.

Another website pegged on documentaries, SocialDocumentary.Net is dedicated not just for photographers but also for journalists, editors, NGOs. The website is founded on the advocacy of using the art of photography to educate people and to nurture one’s curiosity.

To date, SocialDocumentary.Net has held more than 600 online exhibits, all of which have undergone scrutiny and standard criteria. The three standards the website upholds are aesthetic quality, documentary integrity, and technical quality. 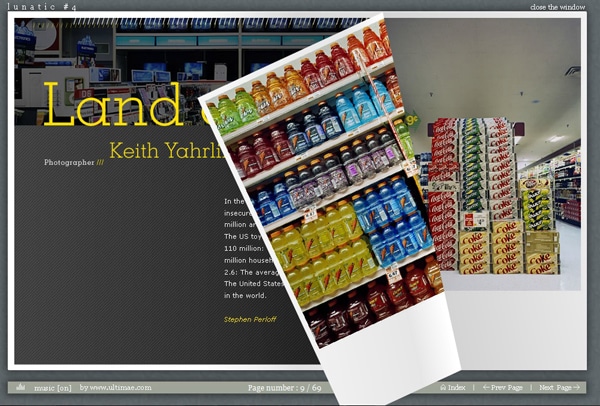 Even if it’s only six years young, Lunatic Magazine has been making a name for itself in the field of contemporary journalism. The magazine encourages the publishing of original photos and stories, as well as promoting creativity when practicing photojournalism. Updated twice a year, it accepts submissions from both professional and amateur photographers and writers. 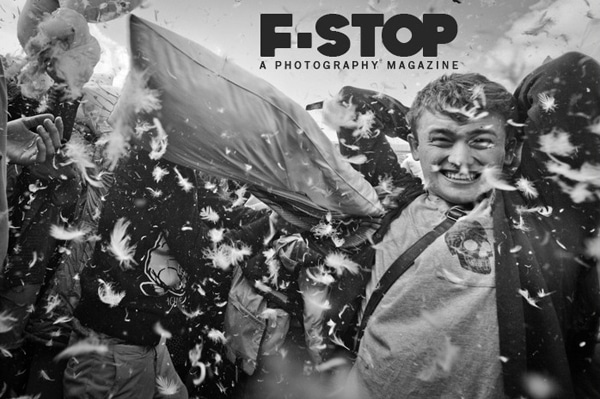 With a name like this, it’s hard to mistake F-Stop Magazine for anything that is not about photography.

An addition to the ones that support contemporary photographers and their work, F-Stop features shots taken by renowned and budding photographers across the globe. It is a bi-monthly online publication and every issue revolves around a unified theme decided on by the editorial team. They also present group exhibitions under open themes. 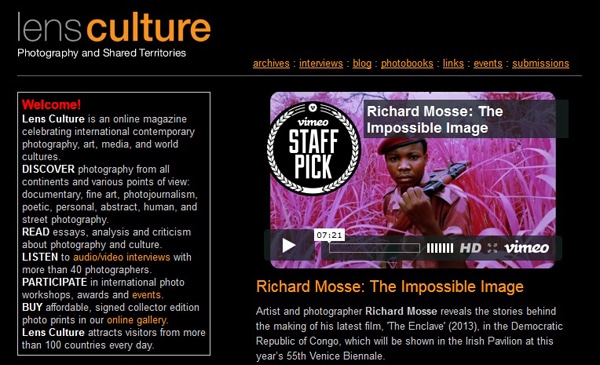 A haven for what is modern in the field of photography, Lens Culture celebrates stunning snapshots centered on art, media, and different cultures.

Besides covering a number of photography dimensions such as poetry, abstract, personal, documentary, and photojournalism, Lens Culture also posts essays and critiques made on the pictures. In addition, they upload interviews with plenty of photographers which visitors can watch or listen to. 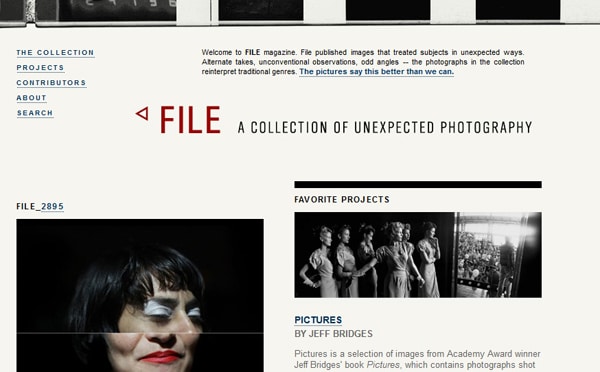 Claiming to hold an archive of “unexpected photography”, File Magazine showcases a collection of photos whose subjects have been treated in a unique and unconventional way.

File has confessed to displaying orthodox themes, but what makes them different is that the photos they publish portray subjects taken at strange angles. After leaving to other photography authorities the shots they were meant to take, File undertook their own perspective and earned the respect of other shutterbugs. What they have been refuting though are the talks of them giving away photography tips and review of hardware/software meant for photos. 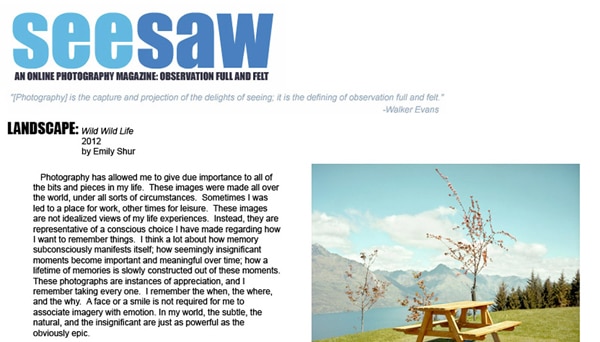 Seesaw Magazine has been spending the last decade exhibiting photos that were taken after making critical observations. The magazine seeks to commend photographers who exercise great eye for detail and for immortalizing elements that go unnoticed by a regular looker.

Like many photography magazine outfits, Seesaw is eager to promote photographers regardless of how long they’ve been in the industry. As long as they are keen on capturing obscure yet remarkable features and share them with fellow artists, Seesaw is willing to accept their contributions. 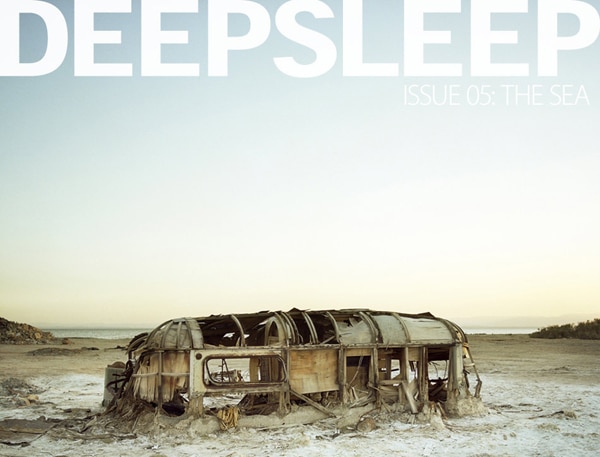 Publishing once every quarter, Deep Sleep Magazine’s doors are open to submissions as long as the photographers meet the deadline and the criteria. Believe it or not, this idea was pitched as an experiment by their web designer who is not a photographer. Despite that, the concept took off, and now, Deep Sleep is known for publishing photos under the principle of non-conformation to what is wanted commercially.

In case you’re wondering how they got their name, it was due to the boredom of two of the co-founders that they founded an imaginary photography firm called Deep in the Subject Agency. Over time, they were able to recruit other photographer friends, only that they were serious about venturing into the project seriously. The word “Sleep” though came in the scene for the simple reason that it appeals to their idle sides. 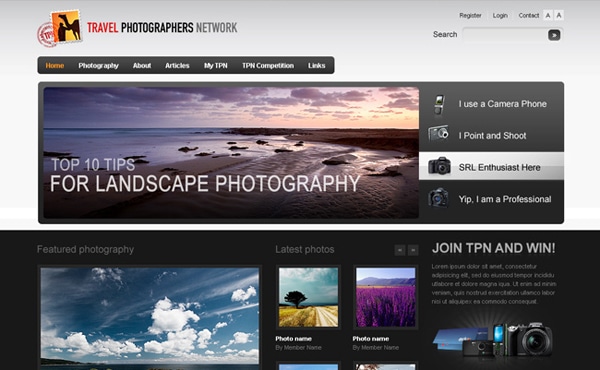 Travel Photographers Network is a site not just for sharing photos but also for imparting advice, tricks, and other relevant knowledge about the subject.

Jim Erhardt, founder of online photography magazine Nature Photographers Network, wanted to pave the way for hardcore travel photographers; thus, TPN was born. Ten years after its inception, TPN enjoys being the authority when it comes to taking photos while wandering and they have the search engine results to prove it.

If you wish to be discovered for your photography skills, Blur Magazine could be the right place for you. This online magazine has a special place for creative shutterbugs, especially those who are just starting out and are brimming with talent.

Although Blur discusses techniques and tricks when shooting, it primarily aspires to inspire photographers to have a profound and intimate understanding for the art. As such, they concentrate on building up photographers who encapsulate great impact in their work and the stories behind the photos. They also feature columns, portfolios, galleries, and interview with photographers and are published in a quarterly basis. 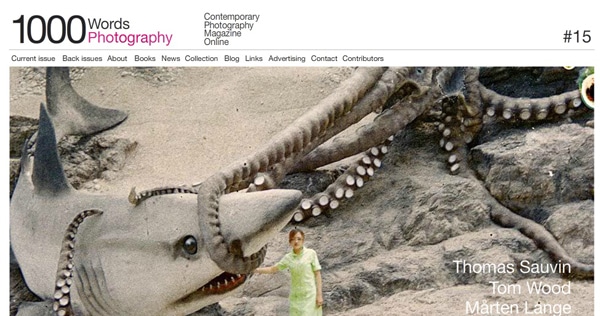 They may be based in the United Kingdom but 1000 Words Photography is set to merge the bets of contemporary shots from the different parts of the world. Their publication caters to photographers of different backgrounds and expertise but they are more particular with making those who are unheard of share the spotlight.

Enjoying a reputation as “one of the most engaging spaces for photography” found online, 1000 Words Photography is proud to delve into distinct subjects while writing in-depth reports about them. It is also has a wealth of tips and discussions which can benefit not just photographers but also readers who wish to understand the discipline and its products better. 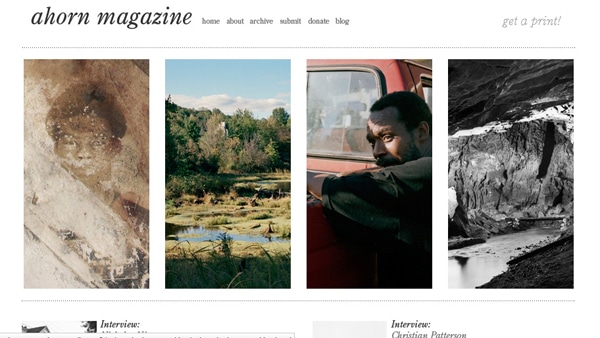 Up-and-coming photographers will never run out of resources as Ahorn Magazine supplies what they need. This online magazine exposes promising photographers and highlights their work in the already vibrant world of photography.

Brought to being by Daniel Augschöll and Anya Jasbar, Ahorn Magazine is not limited to pictures alone as they also make room for writers to share their articles, essays, book reviews, and even post interviews.

The existence of these online magazines prove one thing among many others—that you’re not alone in the course of seeking what will exercise your eye and judgment for what makes a good photo. So, for your vessels of inspiration to never run out, make sure to visit these sites and get copies of their publications when you can.

Vincent Sevilla is a professional web designer for HostingFacts.com. They provide comprehensive reviews about web hosting provider. He is also a writing hobbyist & an ardent bargain hunter. Vincent has written on OZCodes, Speckyboy, and Techwyze. You can follow him on Twitter @easyvince and Google+

View all of Vincent Sevilla's posts.