Finding beauty in the most desolate and damaged environments has the ability to provoke profound reactions in the eye of the beholder. From buildings falling into disrepair to war-torn landscapes, it is the art of the photographer to capture the beauty and potency in collapse and urban decay. Here we take a brief look at several such shots and attempt to unravel their power and the message they convey.

This compelling shot, by photographer Lori Nix, takes the idea of contemporary beauty and turns it on its head. It shows a traditional beauty salon that has been abandoned and allowed to fall into disrepair – and in doing so reveals the inner beauty of the building minus its adornments of cosmetic procedures and polish. 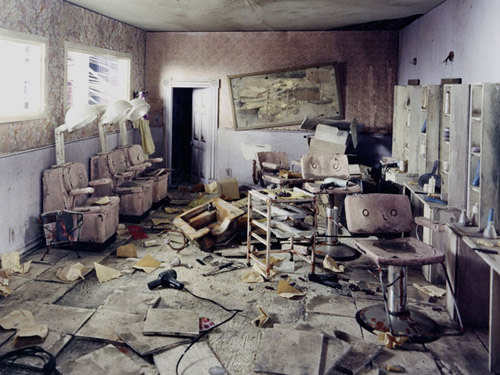 Again by Lori Nix, this image of a De-railed train is unforgettable in its composition and use of colour. The shot has been created using a miniature train that has been photographed to appear life-sized, and it is an excellent example of the potential for beauty in the midst of destruction and carnage. 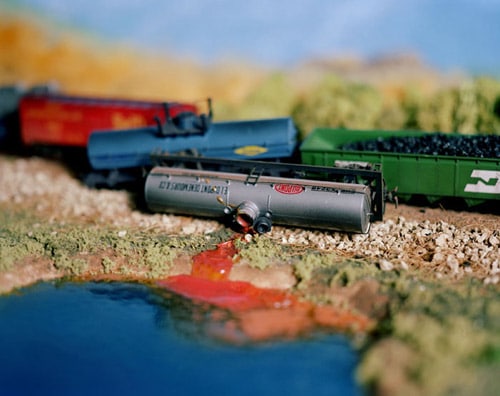 Like a fading flower, the way in which the paint is peeling and blistering in this shot sums up the concept urban decay beautifully. The decline of the building as it reaches the end of its life cycle can be clearly felt, as it ages with sense of true humanity and pathos. 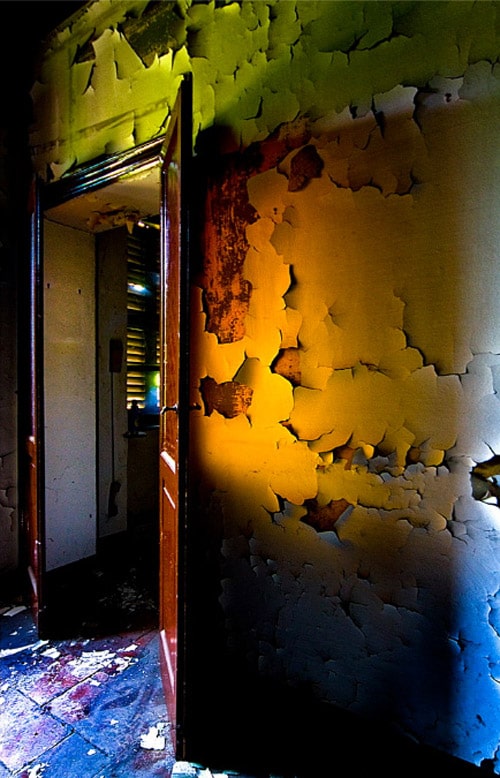 An abandoned building, a barren landscape; yet there is beauty and power within the scene. The graffiti artist who wrote this slogan has been moved with tenderness by the vulnerability of the environment and the work of the photographer has only served to enhance the creative process. 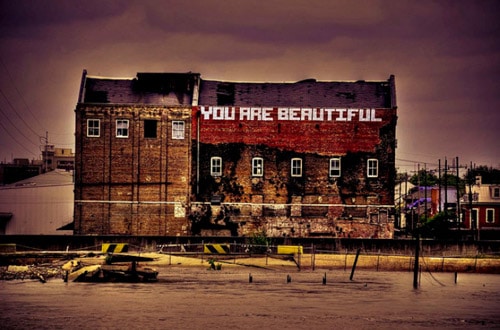 Flashes of brilliant colour and life co-exist within the frame of this neglected car park. Once filled with the comings and goings of cars and people, vitality can now be found within the splashes of dripped paint on its beams. Note the impact of the bright red and green against the subdued tones of the building’s skeleton; the source of this photograph’s true emotive power. 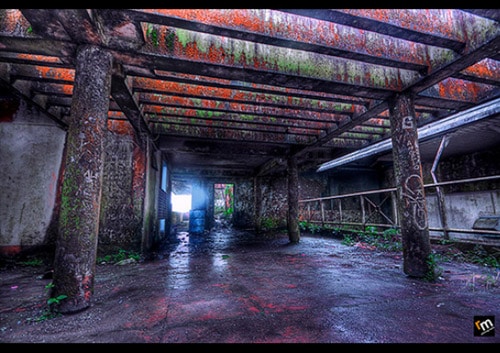 Nothing sums up the sense of decay, abandonment and collapse quite as effectively as a forgotten or mislaid toy. This example, featuring a once-loved Winnie the Pooh, juxtaposes the grimness of the urban landscape with the magic of childhood to breathtaking effect. 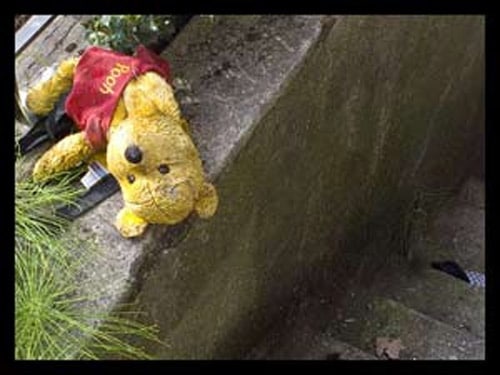 Once filled with laughter, applause and performance, this derelict theatre is an empty shell of its former splendour and glamour. However, it communicates a sense of tranquility and confidence in its abandoned state that it could never have achieved in its artistic heyday. 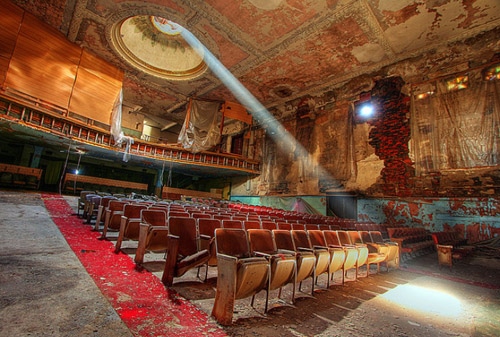 The perfect contrast of this rich teal door against crumbling stone is powerful, iconic and intriguing. It boasts the sensitive use of colour that most designers dream of achieving and a beauty which will only increase with time and further decay. The additional aspect of the exposed amber-coloured wood only serves to increase the harmony of the composition. 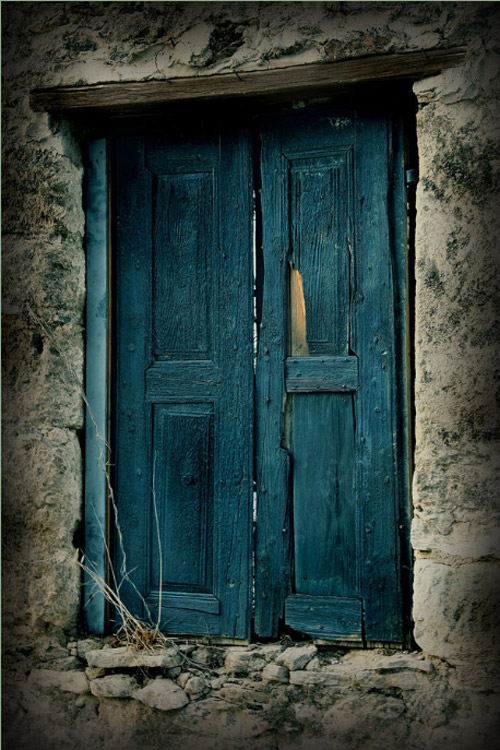 Filled with memories of former life, this stunning photograph features forgotten clothes, papers and possessions to conjure up the sense of the collapse of everyday life and routine. Stark and soulful, it is the epitome of what we mean when we discuss the concept of urban decay. 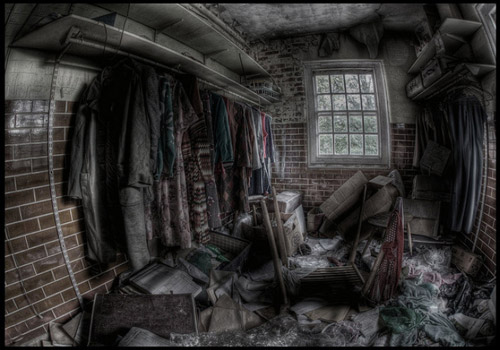