There are various apps being developed using the iOS platform. However, one aspect that is at times being overlooked by the developer community is security. Most of the apps being developed, do not encrypt user data in the right manner; thus leading to security concerns.

In recent times, hacking is something that is troubling people globally. Various security violations have been experienced and these are increasing as the days pass. Though iOS is considerably safe, this does not mean that apps made using this platform are completely hack-proof. Although you cannot completely avoid hacking or security breaches, steps need to be taken to make user data as safe and secure as possible.

Though things on the security front are getting better, there are still some lacunae that need to be filled. So what is it that developers can do to ensure that they secure user data on iOS?

App launches necessitate storing information about users, such as passwords, login names, other private information and so on. Amongst the two most popular ways of storing such data are Keychain and NSUserDefaults. Out of these two, the latter can be incorporated easily into apps and hence, most developers; irrespective of their skill levels, misuse it at times. The data is stored without correct encryption and hence, security is at stake. Contrastingly, Keychain allows storage of data inside encrypted containers and though incorporating Keychain is somewhat complex than NSUserDefault, this is a more beneficial source to ensure user data security.

Which is the right place for storing data?

If the decision for storing data locally remains the only choice, then the right storage place is important. As mentioned earlier, Keychain is the best bet for sensitive user data. Next to consider is the need of backing up data on iTunes or iCloud. If not, then “Caches” directory is the option with you as this doesn’t get backed up onto iTunes or iCloud. It’s quite simple in this case as security is never a bother for something which doesn’t exist. 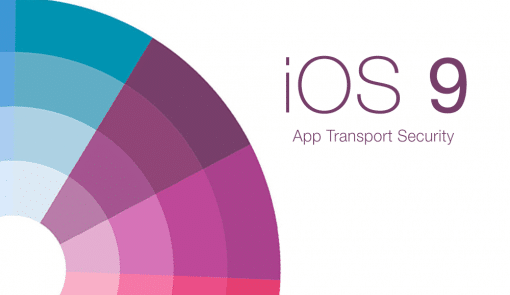 Apple is always trying to put security as its topmost agenda over the years and this has been proved by various new features it adds to its OS periodically. App Transport Security is one such feature that can be used by developers to enhance user data security. This feature will ensure that applications from third parties will require sending network requests via secure connections. If developers have enabled this feature in their apps, such requests will by default be sent via HTTPS; thus enhancing the security quotient.

On a conclusive note, developers need to think about how their apps can be misused. Though this complete thing about user data security seems overwhelming, developers need to ensure that it is done. This will mean clean and hack proof apps and increase trust of users; thus eventually proving to be a win-win situation for all. Though users on their part need to be diligent, developers have to understand that they are the ones who understand security concerns better and hence, they need to perform their job to perfection and secure user data.

Author bio:- Author is a popular tech blogger with a flair for mobile app development trends and technologies. He is the most trusted bloggers in the business who receives frequent feedback from the leading iPhone application development companies like Eminent Infoweb.

The iPhone has to be the most popular tech gadget that has been released in the past few years. As a telephone, a messaging tool or a multimedia device, the iPhone serves a purpose for everyone. One of the biggest reasons this device has gained so much popularity is because of its ability to be…

Whether you are a novice or a professional working on personal photos or laboring in application design, let technology assist you in your graphic design efforts. The apps listed in this article are all available for the iPhone and can truly enhance your designs.

The iPhone has to be the most popular tech gadget that has been released in the past few years. As a telephone, a messaging tool or a multimedia device, the iPhone serves a purpose for everyone. One of the biggest reasons this device has gained so much popularity is because of its ability to be…

If you’re the type of person who stores a lot of pictures on their iPhone or iPad, you’re going to need some way to organize them logically. The best way to accomplish this is to get a photo album app that lets you categorize, label, and organize all of your photos and videos in a…