From Antoni Gaudi to Pablo Picasso, Barcelona has been home to some of the most talented artists of any era. And now, as street art creeps slowly into the mainstream, a whole new raft of subversives are joining the show – challenging acceptable Spanish notions of what art is and can be. From the deeply subversive to the touching; from high satire to low comedy, the public street works of Spain’s culture capital have to be seen to be believed. Here we round up 15 of our favorites from a quick stroll around the city’s streets: 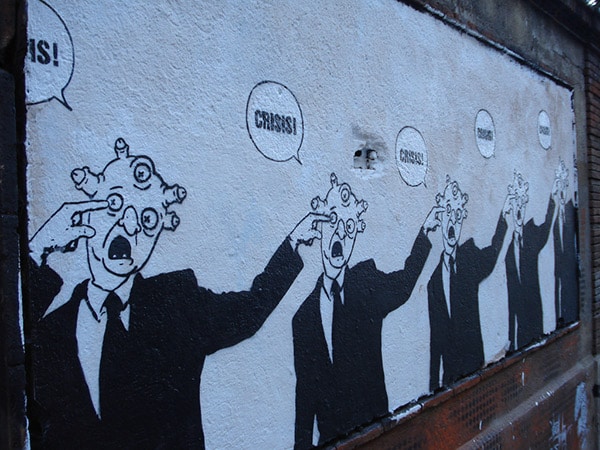 Across Europe, the twin spectres of the EU and IMF are coming in for some much-needed ridicule, as cuts and privatisations devastate the lives of an entire generation. In Spain alone, over 50% of young people are unemployed, generating a visceral sense of anger expressed in works like the one above. 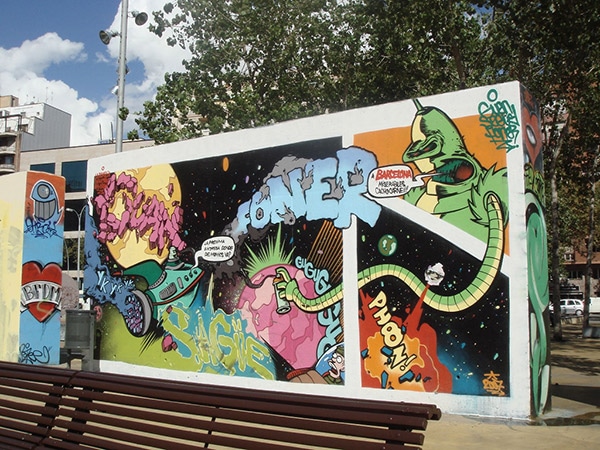 Away from the satire boom, other artists have instead been embracing a palette of bright colours and themes of escapism. This concrete panel in the Raval neighbourhood is everything a day-glo slice of silliness should be. 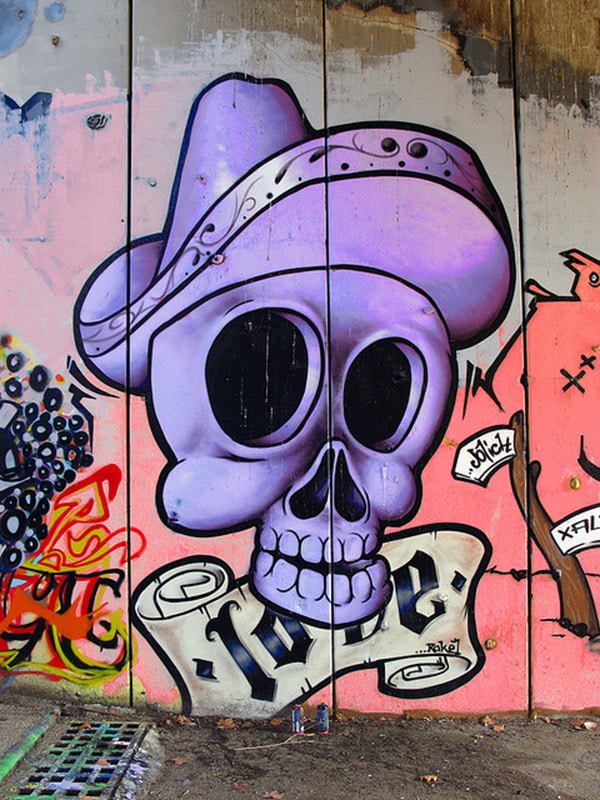 It may not carry any deep, subversive meaning, but the image above is undoubtedly the work of a talented artist – one who knows exactly what self-respecting street art fans are looking for, at any rate. Goofy, colourful and strangely personal, this is graffiti at its most primal and loveable. 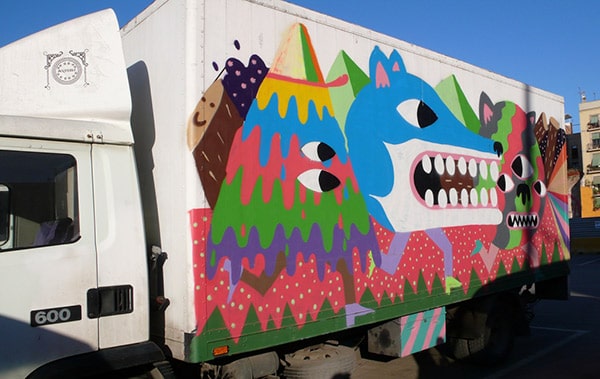 Bright, brash and probably uninvited, this van-adorning piece is distinctive, retro and basically mind-blowing. Bringing to mind favourite old arcade-style games and kids’ cartoons, this slice of insane colour would light up any city. 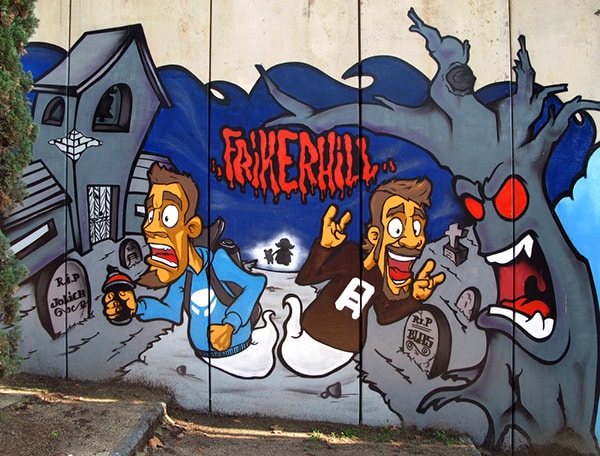 Once again bold, bright and original; this piece is as vibrant as it is frankly confusing. Presumably invested with some deeper meaning, we have to admit we have no idea what that meaning might be. Feel free to enlighten us in the comments. 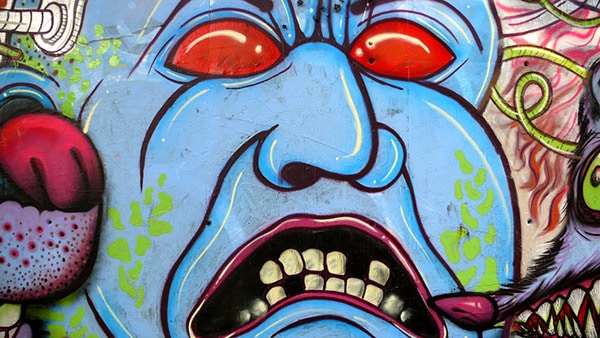 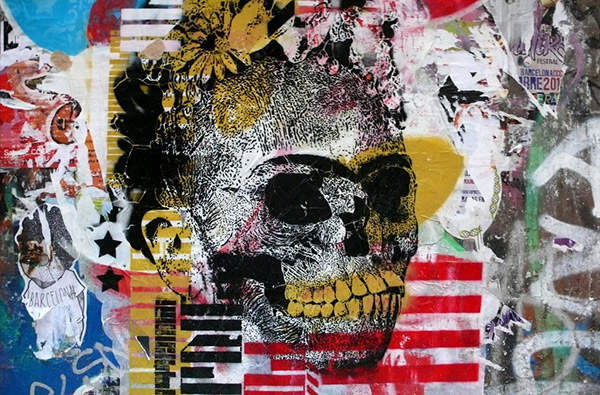 Taking a darker turn, this piece combines twee imagery with the perpetual threat of mortality. Is it a comment on today’s wasted youth, a harking back to the traditions of Goya; or simply a cool-looking sticker? 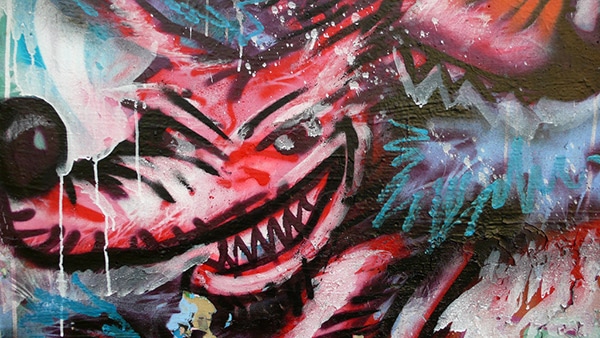 It’s crude, but that’s what we like about it. Striking a perfect balance between demonic and childish, this wolf is the creature of our pre-pubescent nightmares. 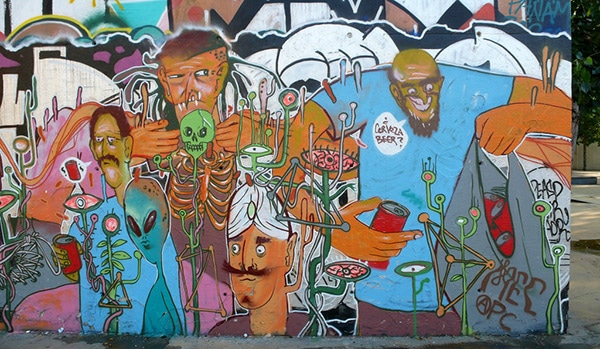 A classic example of psychedelic beer and pop-culture obsessed Spanish street art, this piece feels like a ‘how to’ for wannabee artists. Striking, silly and oozing charm, this is a personal favourite of ours.

Mermaid on the Shore 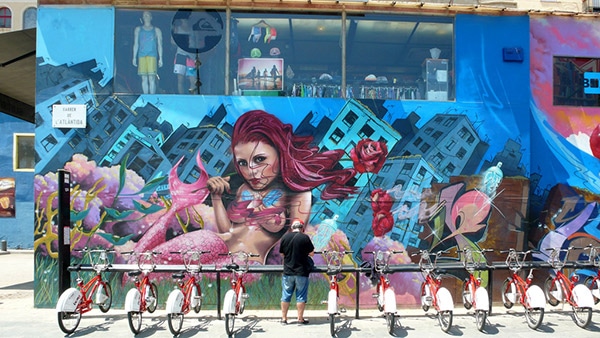 If there’s one thing the Spanish do well it is vast, colourful murals. The above example veers between gonzo brilliance and substandard ‘van art’ (we’re thinking of the mermaid’s creepy ‘come hither’ expression here), but there’s no denying it took a heck of a lot of talent to create – or that the result is utterly captivating. 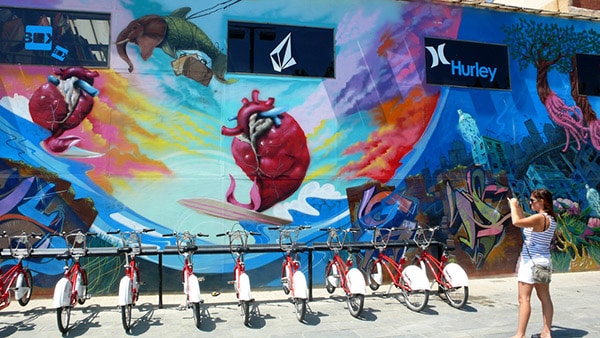 Attached to our mermaid picture is this brilliant mural of psychedelic fish, octopus-trees and surfing hearts. Benefitting from a lack of its predecessors lusty focus, this joint work is a visual treat to beat all others. 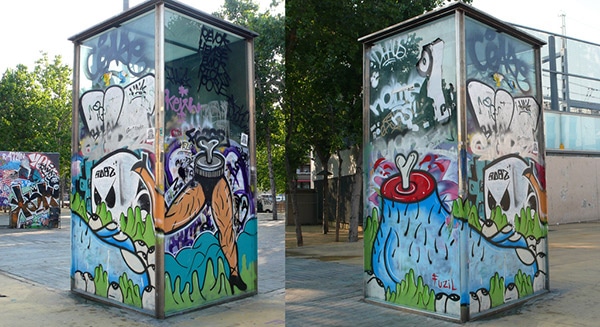 Witty, inventive and deeply silly, this 360 degree work – scrawled across a telephone box, no less – is a modest slice of genius. Naughty, fun and not a little bizarre, this is street art at its best. 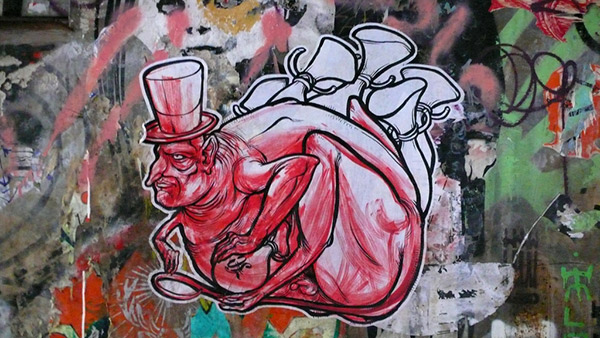 We’re pretty sure this means something, but we’re not exactly sure what. Is it a comment on the recent banking crisis; or a simple call to arms for the poor and dispossessed? Whatever the intention here, it’s an unforgettable image – even better for having been rendered in lurid red.

Strangeness on the Street 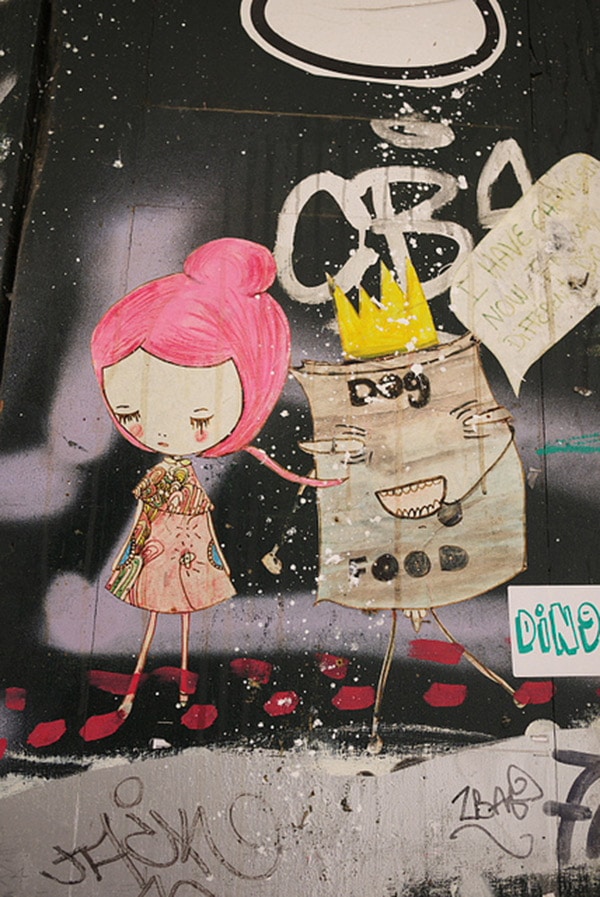 A simple slice of weirdness, the characters here are nonetheless charming to look at, in a quirky sort of way. Do we detect a heavy Japanese influence, perchance? 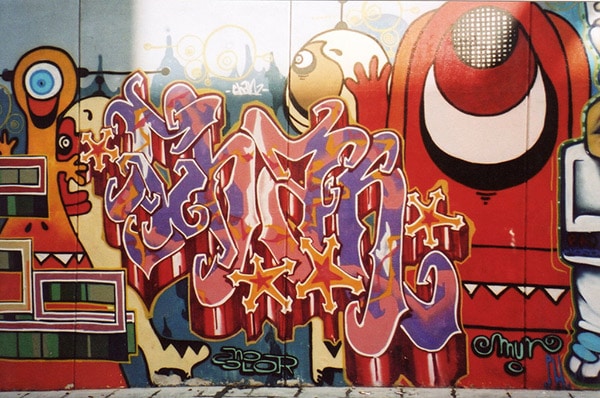 Finally, this classic piece of oddness is neither too loud nor too subtle. However, it certainly is confusing, albeit in a wonderfully charming way.