Massimo Vignelli (born January 1931) is widely regarded as one of the most important designers in the history of the Modernist tradition. His unforgettable contributions to graphic and publication design, industrial and product design, and architectural and interior design have influenced generations of practioners worldwide.

Although Italian by birth, Massimo Vignelli spent most of his life and career in New York City. A die-hard advocate of Modernism, his work transcends the borders of graphic design. He has created revolutionary masterpieces in all forms and modes of industrial design, furniture design, architecture, interior design, and even houseware design. Known for his famous quote, “If you can design one thing, you can design everything”, the 82-year-old Vignelli is often seen as a leader in the world of design.

– Recommended Reading: How To Stay Motivated As A Graphic Designer 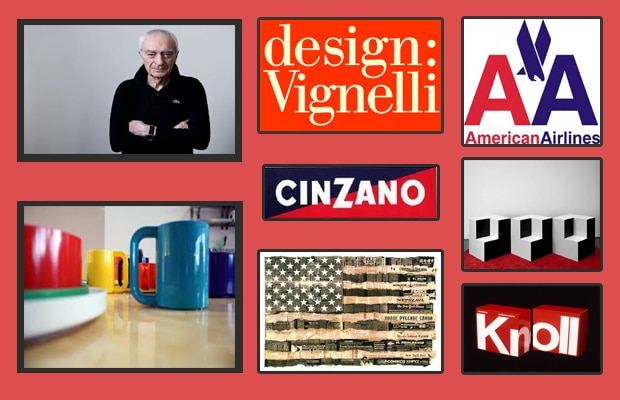 Massimo Vignelli was born in Milan, Italy on January 10, 1931. He studied architecture in Milan (Politecnico di Milano) and Venice (Università di Architettura). A bright and promising student, he acquired a fellowship with Towle Silversmiths – a silverware company based in Massachusetts – in 1957. That same year, he met Lella at an architects’ convention. They got married and started a lifelong working partnership. The couple settled in New York, United States where they spent much of their time. Vignelli held a part-time professorship at the Institute of Design at Chicago’s Illinois Institute of Technology (IIT) for two years.  Simultaneously, he also worked as a designer at the Center for Advanced Research in Design at the Container Corporation of America.

Massimo and Lella Vignelli came back to Milan in 1960, and co-founded the Vignelli Office of Design and Architecture. The company designed corporate identity programs, furniture, packaging, interiors and architectural projects.

Vignelli returned to New York and started Unimark International – a design company headquartered in Chicago with sub-offices in New York, Palo Alto, and Milan – in January 1965. His partner in this venture was Ralph Eckerstrom, an internationally prominent Chicago-based designer. The company quickly earned reputation as one of the most prestigious design firms in the world. Unimark’s accomplishments included the corporate identity solutions and other applications for American Airlines, J.C. Penney Co. Inc., Target Corporation, Ford Motor Company, and Gillette. Vignelli independently created the popular signage for the New York City Subway system during the same era. He also designed the signage and way finding system for the DC Metro a few years later.

Vignelli resigned from Unimark in 1971 due to creative differences and went on to establish his own company, Vignelli Associates, with his wife. The firm achieved worldwide fame and commercial success, but unfortunately the founders decided to scale back and move the operations to their home. From 1980 to 2000, they however worked for some big-name global entities such as IBM, Knoll International, and Xerox Corporation. 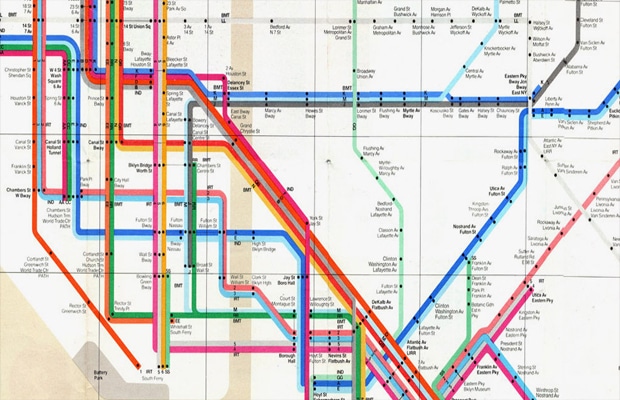 The highly innovative and remarkably effective body of work produced by Vignelli, during his illustrious career that spanned five decades, systemically followed the strict principles and standards of layout and typography. A natural inventor and a master craftsman, he heavily emphasized on getting the scale right and advocated the theory that only twelve good typefaces are really required for any design process. His unique philosophy formulated a dominant aesthetic that influenced much of the design of the future, and revolutionized the disciplines of logo, packaging, industrial, interior, and environmental design in the following decades.

Massimo Vignelli has numerous awards, honors and accolades – both national and international – to his credit and his work has been exhibited widely in various art galleries and museums throughout the world. He was also granted honorary doctorates from several institutions such as Parsons School of Design, New York (1982), Pratt Institute, Brooklyn (1987), Rhode Island School of Design (1988), the University of Venice, Italy (1994), Corcoran School of Art, Washington D.C. (1994), Art Center College of Design, Pasadena, California (2002), and Rochester Institute of Technology (2002).

Here is a list of many awards and honors that Vignelli received throughout his career (in a chronological order):

Where to Learn More 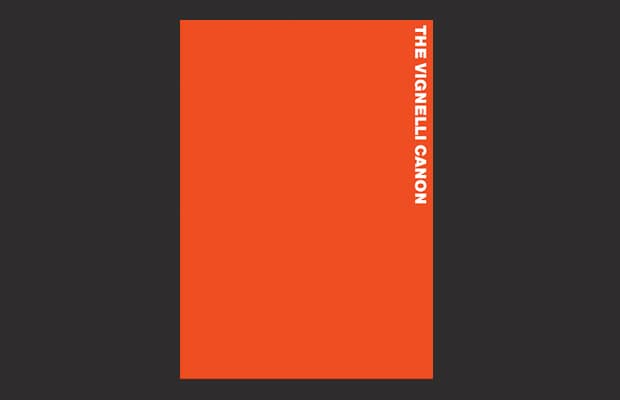 In this wonderful book, Vignelli discusses the nitty-gritty of “good design” and gives a piece of advice to young designers

Why is Graphic Design Important? How it Shapes the World