In today’s society, the consumer’s mentality is changing all the time. More recently, the call for collaborative designs of well-known product brands, by celebrities, is growing exponentially. The design of products used to be, and usually is, exclusively in the hands of employees of a company, people locked away in rooms, scribbling down and churning out new designs for the products the company can release. The paradigm has now completely shifted, now the public’s call for celebrity designs and the freedom to create completely new, radical custom products is becoming ever more prevalent in the world of product design.

Below shows a study of 8 different examples within the industry showing collaborative designs of different pre-existing products. Interestingly enough, they all have been extremely popular with the consumer and the products have sold in very high numbers.

The clothing chain H&M have been inviting top fashion designers to collaborate with them on their seasonal clothing line releases since 2004. Since then, the celebrity designer base has exploded, seeing big names such as Stella McCartney, Madonna, Jimmy Choo, Versace and David Beckham releasing their own designs. This has boosted the profile of both the designers themselves and helped establish H&M as a brand to be reckoned with.

The first fashion collaborative designer clothes produced of its kind was with German fashion designer, artist and photographer, Karl Lagerfeld. Lagerfeld who lives in Paris, is widely known in the fashion industry as an innovative and successful designer, residing as the creative director of the popular French brand Chanel. His input and advice during this first collaboration was the key to its success, the consumers going wild for the clothes that were produced.

Their recent 2013 collaboration has been with popular fashion designer Isabel Marant. Marant wanted to produce a range of clothes with a Parisian feel to it, meaning that you can wear an item clothing with apparent ease and comfort, whilst looking effortlessly sexy. The range went down, again, extremely well with H&M’s customer base.

We can see from these collaborations that the product design is only helped by the input of someone who knows where fashion trends are headed, by using the invaluable resources, materials and customer base held by the H&M brand. 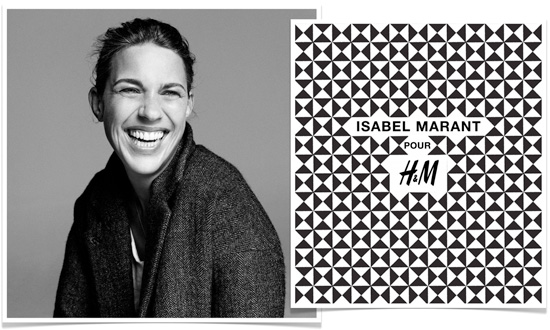 Beats Headphones were released by the popular rap artist and producer Dr. Dre in 2008. They skyrocketed in popularity and have kept their status as one of the most popular brands of headphones on the market. The reason for their initial popularity was Dr. Dre’s reputation as being one of the top recording producers in the world. He helped start careers of many rappers,  most namely Eminem, and co-founded the infamous rap group N.W.A. It was off the back of this reputation that Beats Headphones had a certain resonance with urban consumers, using the name of Dr.Dre to represent the quality of the sound produced by product.

Recently Beats Headphones have taken their brand a step further, by recruiting popular fashion designer Alexander Wang, to create a new line of Beats. This is in an attempt to keep the Beats brand interesting and fresh. Wang’s design, only being aesthetic, still gives a huge change to the type of consumer looking to buy the headphones. His design incorporates a gold and black look to the headphones, making them appear more sleek and exclusive. The collaboration with Wang embodies where product design has been taken by our consumer society, wanting something new and interesting that combines the efforts of a renowned designer and a reputable brand.

Tefal has been a respected and known kitchenware brand for years, and has always provided quality products. When they decided to pair with Jamie Oliver to create a new line of kitchenware, the chef’s perspective, knowledge and insight into their products and design made the brand immediately marketable to a younger, more influential customer base.

Tefal released their Jamie Oliver line of products, namely a package of cookware called the “Full Monty” kitchen package. Merging the popular and renowned chef Jamie Oliver with their already popular brand allowed Tefal to increase their profits on the products they offer, as well as giving Jamie Oliver promotional benefits.

This shows the win – win approach to design, whereby the quality of the product design is increased by the knowledge and status of their collaborator, product itself is increased in efficiency and marketability. 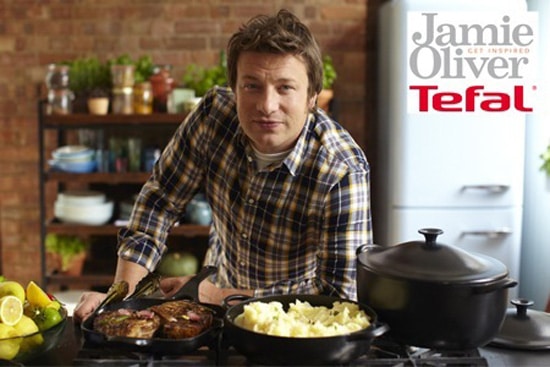 The FIAT 500 collaboration with Gucci was absolutely inspired. Dubbed as “couture you can drive”, the FIAT 500 sales soared. In this instance, the design collaboration was used to create a completely unique and exclusive edge to the product. The Gucci car appealed to markets and social groups that FIAT would otherwise not target, opening them up to explore new markets and directions of their products.

By adding this touch of Italian class design to an otherwise quite functional and practical vehicle, changes the image and public perspective of the product. Again, the vehicle itself has been changed very little, but the fact that Gucci’s name has now been added to the name tag, serves to boost the profile of Fiat’s car. 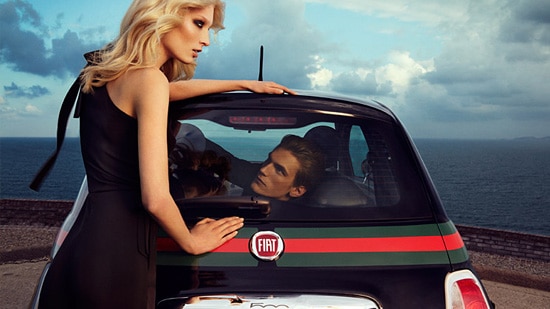 Fashion Icon/Fashion Designer and the ultimate WAG Victoria Beckham has come together with Land Rover to create a unique version of the Range Rover Evoque that will certainly turn heads and raise heart levels. One of the reasons heart levels will rise is the custom design of the car, but the other is probably the price. Coming in at an astonishing $128,000 it is by no means cheap. Additionally, only 200 of the vehicles are being released, with China getting first dibs on the newly produced products. The Victoria Beckham Evoque has Rose Gold Plates attached, vintage leather seats and even has the handbook and manual for the car imprinted with her signature. This marks an extremely clever move by the car manufacturer Land Rover, as the Evoque was already a more exclusive range of car, meant to be targeted at the wealthier amongst society. The design edge of Victoria Beckhams influence makes the range even more coveted by the general public, and makes the buzz around the highly stylish car erupt.

We can see from this relationship how the exclusive profile of a celebrity matched with that of a marketable product, come together to create a sort of superpower, enticing and exciting the consumer driven public. It gives this new edge on the product, with only changing minimal things in the design, allowing the company to increase their profits significantly. 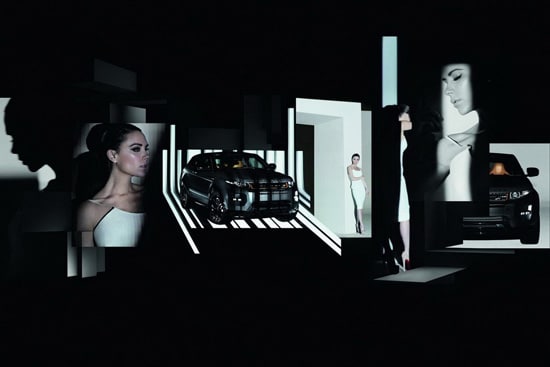 Girls Aloud are the marvel of many a teenage youngster. They have recently teamed up with Eylure, a manufacturer and producer of fake eyelashes, to produce a 10 year anniversary range for the singing group.

The nature of the design of the eyelash range directly reflects the celebratory aspect of the Girls Aloud 10 year anniversary, creating a knotted stip eyelash which is wispy, curly and volumous in texture and appearance. This is a real party girls eyelash, something to wear to a celebration or big event to stand out. This is a further example of a celebrity and a manufacturer working together to help boost each others profile. The manufacturer Eylure sells more products working off the back of the Girls Aloud 10 year anniversary buzz, whilst Girls Aloud enable their fans to feel that bit closer to them by wearing the custom designed products that they have directly influenced.

Xbox One Teams up With Respawn

The Xbox 360 has been one of the most popular forms of gaming consoles in the last 5 years, seeing millions of games and consoles flying off the shelves each year. The nature of the gaming industry is such, that different gaming companies work with Microsoft, producing games that will appeal to their audience and regulating what works and what doesn’t. Microsoft have recently released their newest installment into the Xbox saga – the Xbox One. Although Microsoft have the final say on which games will make it to be played on their console, it is very rare for a gaming development company to have an influence on the design of the consoles produced.

Respawn have come up with a new game called Titanfall, which will be released on March 14th 2014 in order to build anticipation to the games released and create a great social buzz in the gaming community. The collaboration of Respawn and Microsoft sees the production and release of a new controller. The functionality of the controller has stayed the same, but the nature of the graphics and aesthetic design of it have changed, so that it looks like a device similar to that which you may find in the game. This is striving to create an all encompassing and atmospheric experience for the avid gamer, whilst boosting the profile of the release. Allowing change in the design aspects of the controller means that it keeps the companies products fresh and interesting. 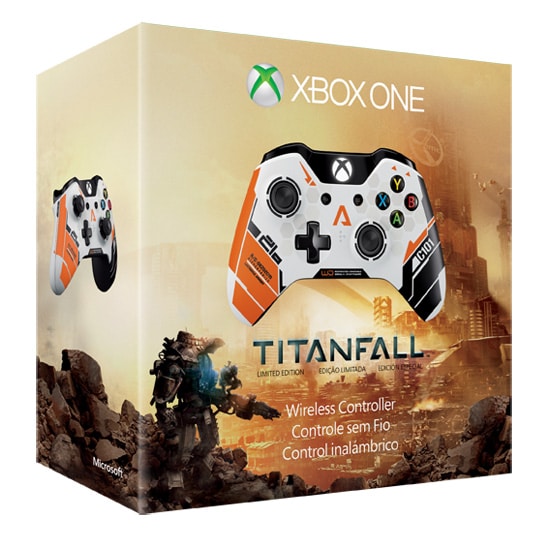 Rita Ora, the popular solo artist, has recently announced a collaborative range of lipstick and nail varnish to be released in February this year, with popular makeup brand Rimmel London. Rimmel is well known in the fashion industry as having an edgy and ‘stand out’ stylistic approach to makeup, recruiting fashion heavyweights such as Kate Moss to bring out new lines of products. This corresponds perfectly to Miss Ora’s standoutish and extrovert persona and style on the social stage. We can see that this is a classic example of two well known commodities coming together to create a codependent relationship in the retail world. The design of Rimmel’s products have been influenced by Ora, giving them a completely new and innovative spin. The range to be released mimics a childhood obsession of the star, namely chewing on Crayons. The design of the lipstick from Rimmel will give the appearance of a Crayon, and will be scented with a sweet candy smell to evoke an almost edible appeal.

Of course, from both ends of the collaboration, there is great excitement. Rita was quoted as saying “I am absolutely obsessed with make-up and being adventurous with colours, so when I was given the chance to make my own collection with Rimmel it was like a dream come true!”

Rimmel will also be greatly anticipating a rise in sales, as the new line of makeup reaches the shelves. The limited edition feel to the design of the Rimmel products will send their target market into a frenzy, as in our modern consumer driven society,  everyone wants to be like their idols. If they are given a chance to buy a lipstick that has been designed by one of their fashion gods, they will be rushing to the shops in no time at all. 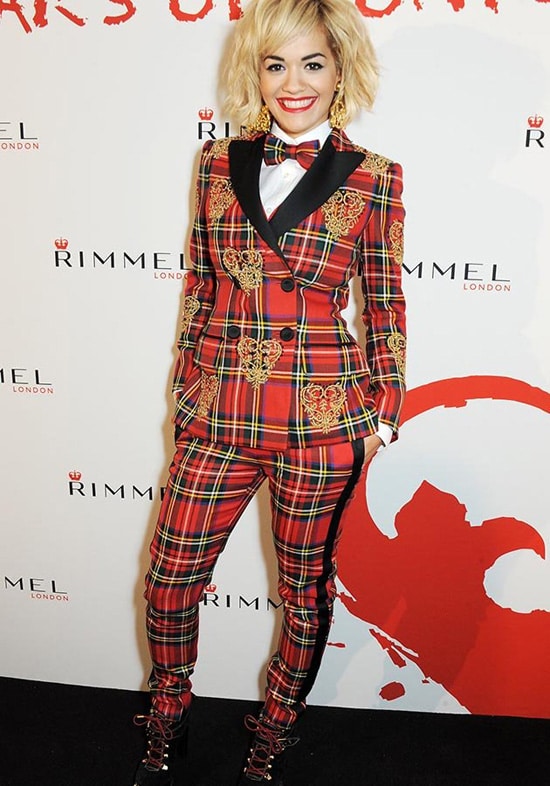 Product Design in our consumer driven society is changing in this way because it is a formula that works. Brands have evolved their standpoint on product design to meet the requirements of the consumer. It seems that the days of companies telling the consumer what to buy have gone, and now companies are changing their products to suit the populist culture that surrounds us. It is more about where the popular culture is headed, and how to incorporate and match that to the product that your brand is offering. There are cases where collaborations have not worked, but this is because of poor design choices of the celebrity or due to complete incompatibility of the product produced and the brand. To achieve this perfect melting pot of consumer envy and buzz, you need to do the market research and see what works for your brand.