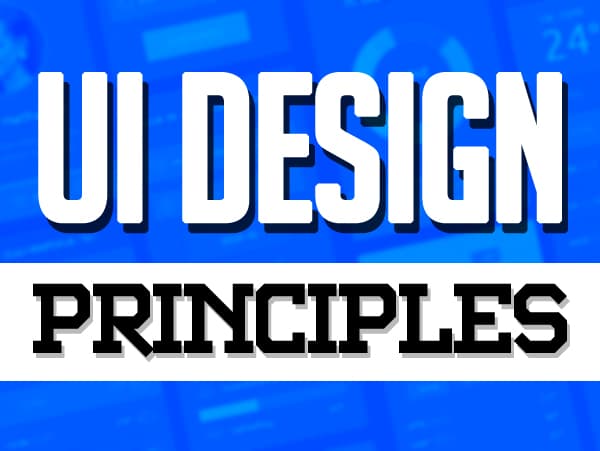 In a quest to serve the best and stay ahead, hundreds and  thousands of apps gets launched in app markets on daily basis. Ironically, not all the apps hit record-breaking reviews. Some either get stuck due to average architecture, or some get vanished due to user engagement. This is when  the need comes to design feature-rich unique mobile apps that can be referred synonymous to perfection and quality.

Amid this stiff competition, app developers have realized the fact that there is no scope for average designing or low-performing user interface. So being a responsible mobile app designer, it becomes important for you to abide by all the basic standards of app designing in order to make it a hit on the app store. What makes this part more interesting is the ease in the execution of this process, and all you need to do is simply follow the principles of UI designing when heading on to design next mobile app.

User Interface (UI) and User Experience (UX) both are two major designing principles that should always be envisaged to get a long running business website. Now before knowing the scope of UI designing, let’s get a basic idea about all the factors that influence User Interface. The prime factor contributing to the success of UI designing technique is interactive web design. In simple terms, UI refers to User Interface, i.e creating a mutual coordination between user and the system for seamless workflow. This means user engagement is mostly influenced by the swiftness and promptness of the app with the user. So it all depends on the quality extent of your design. It is the design and its intuitiveness that prompt users to get engaged with the app.

An Interactive design must:

In order to become a reckoned mobile app developer/designer, you must abide by the standard conventions of UI designing and strive to create something innovative.  It is definitely not that difficult to turn it into reality. However, keeping a   ‘mobile-specific’ approach prior to beginning with the mobile app designing can turn the very odds in your favor.

It’s time to learn about the principles that help in creating a powerful Mobile Application. Here we begin:

The consistency in the layout of the design must be maintained all throughout the designing process to avoid any glitch during app running. No wonder a design layout with convoluted layers, multiple folds and furls can badly affect the UI that ultimately  hampers the user experience.

Keep It Simple As Much As Possible

Simplicity works wonder, not just in real life but in virtual too. Follow the simplicity rule and experience the magic of keeping it all simple, without stuffing the site with complex designs and other elements. You too can experience it by keeping the app design simple without stuffing some complex design elements. At the same time, avoid making it too simple as it could otherwise become an ordinary and boring app. For  instance, if you are thinking of making a tour and travel app, do not make it simple and so basic. Instead add slideshows, animations, pictures, and custom colors to keep it lively and engaging.

All the designing elements that are interactive in nature must be shown clearly in the layout of the app. No scope of uncertainty or doubt should be made visible to the users about app elements. Remember, the app menus or elements kept in ambiguity remain there forever, so keep the navigable options visible to all. If you are looking forward to making your app a sensation among all mobile users, then you must integrate only interactive designs.

Focus On The Core Functionality

To come out with a remarkable mobile app, you have to let few things go or abandon some functions so as to prevent it from crashing. An app packed with multiple core elements would ultimately bloat and may hamper its release in the market. So it would be better if you cross out some of the major functionalities from the design.

An app that comes with minimum to no process of learning, often gets popular among users. So design your app in such a manner that a user need not to learn the guidelines in the midst of running the app.

Inform Users About Every Action

Keep your users informed of all the activities and notifications. Users majorly wish to know if the actions performed by them on the app have actually been applied or not? No wonder, the naive app users might expect to know if the sent messages, images or other functions have been completed or not. Exactly like Gmail, WhatsApp, etc. where actions are notified promptly through notifications like “sent”, “saved to drafts”, “not sent”, etc.

Never Show All Your Cards

Yes! You read it right. Revealing all of your app features in one go may leave no room for development or engagement on the app in future. The person sitting next to you will easily get bored if you have shown all of your cards in the game. Similarly, the users if given a layered user experience will get anticipated by your app and tend to stick to it for a longer time.

Choose Layout That Fits Best For All

A sound app designer knows about the responsibilities of creating an app that suits the requisites of all and serves them uniformly. The font, color, and graphics used in the app design must be friendly with the eyeballs of all age groups.

If you are looking forward to building an app that serves “ALL” mobile users then you must create an app that works smoothly on all platforms. Only an app that confers flexibility of being functional on the varied operating systems can be counted among the top-listed or most-downloaded apps. It would not only improve your target audience but also enhance the reach of a business on iOS, Windows, Android, Symbian mobile devices.

Now, you must have got a fair idea about the principles of UI designing or the tips to be followed while designing a mobile app. But before you actually begin the process, you must keep these points in mind.

Regular Test: Thoroughly check the details of your app’s graphics, fonts, user interface, colors, layout, and responsiveness; not just as a designer but also as an app user.

Keep Your Competitive Spirits High: You have no idea, almost 6 out of 10 apps have similar functioning and features. So it gets very crucial to get a unique identity of the app. Endowing an app with the high level of user-interface can carve the exclusivity for the same.

Get Expert Assistance: Don’t hesitate to call for assistance from an experienced UI designer as it can help you sort out the problem in the shortest and best way.

Even though the mobile app technology or app usage keeps on changing every now and then, but the basic principles remain intact with the same importance. So if you are looking to build a futuristic app, then you must abide by the UI principles mentioned above.  the results you will get after that would be the development of a powerful, popular and proficient mobile application.

Just like in the fashion, trends come and go in the web design world as well. Trends of layouts of websites and logos of brands change all the time. Some trends just come and while others have a more profound effect and stay around for a long time. Going with the flow of the latest… 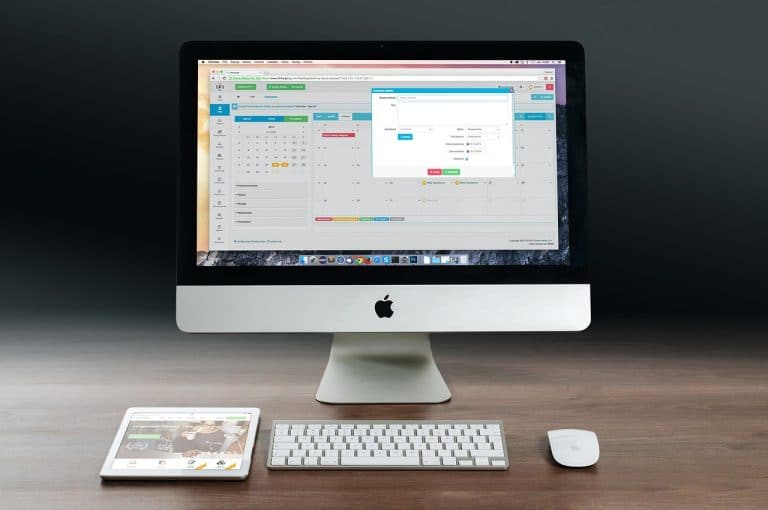 To make your business prosper in the online world, you will definitely need to own a website; and if you want to make that website beautiful here are 10 fundamental rules that you will have to follow.

If you are working on a marketing site for yourself or a client, your goal is to sell something. Now selling doesn’t always mean that a purchase is made, you could be selling a product that is free (download my app!) or that is purchased using an email address (sign up for my newsletter!). The…

One great thing about viewing other graphic artists Photoshop PSD files is that you can examine what kind of methods and techniques they use to achieve their works of art. In this post you will find an amazing collection of free high quality PSD Mockup Templates such as Media Players, iPhone 5, iPads, Business Crads…

My older brother was always into scary comic books. He always delighted in showing me the covers (and the panels inside), especially when I’d get freaked out. When I got a little bit older, I stopped getting scared and started getting interested in them. Some of the stories are hokey and some of the interior…

Are you surprised when in the world of 4K displays and a myriad of design tools you continue to come across gazillions of outdated and tired-looking websites? Sometimes even owned by world-famous brands? Huge companies might have huge financial resources, but time is what very few of their teams have. Time is indeed our most valuable commodity, and yet with…