The 1960s was the decade that the world changed forever. Whether a result of the TV coverage of the US military intervention in Vietnam, the introduction of the contraceptive pill, the spotlight on race relations, the explosion of the fab four or the influence of widely available hallucinogenics, the 1960s saw a total reassessment of traditional values.

A defiant and progressive attitude thrived among the student, artistic and intellectual populations. Among the trends of 1960s counterculture, pop art is arguably one of the most significant. Pop art first emerged in the mid-1950s and represented a challenge to the traditions of fine art. It raised so-called ‘low culture’ to the heights of artistic merit by incorporating images from advertising, news, popular and celebrity culture.

With its bold chromatic aesthetic, spatial relationships and repetitive themes, pop art impacted on all creative industries including fashion, art, theatre, film and graphic design. Here we take a look at a handful of the most influential artists of the period, their work and their legacy on the realm of graphic design.

Roy Lichtenstein is one of the most important artists of the period, whose work made a huge impact on many of the graphic design trends we still see today. During the 1960s his work epitomised the ethos behind the pop art movement almost better than any other. He favoured old fashioned, comic strips as his subject matter, accompanied by tongue-in-cheek, hard-boiled statements that reflected the modern condition as he saw it. 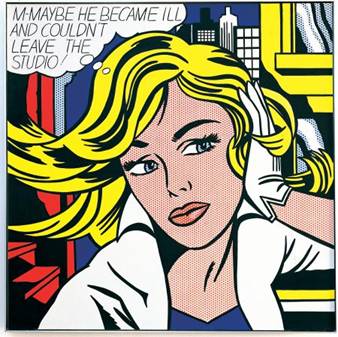 Lichtenstein is also known for his parodies of the masterpieces of Cézanne, Mondrian and Picasso. Of these, perhaps the most famous is his reproduction of the well-known Vincent Van Gogh work, Bedroom at Arles. 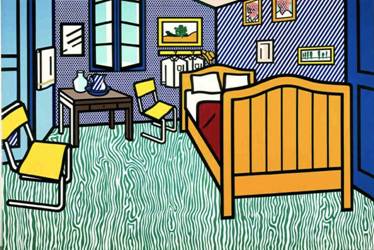 Roy Lichtenstein’s work is among the most admired and influential of the period. And today you’ll still see designers revisiting his bold yellow, red and black colour palette, dotted images and comic strip style whenever they need to inject a dose of cool to their concept.

With his belief that “in the future everyone will be famous for fifteen minutes”, Warhol was not only remarkably prophetic, he also summed up one of the key drivers behind pop art. A fascination with celebrity is evident across his work, which draws upon Hollywood, television, magazines and newspapers to mass produce images at a machine-like rate of production. 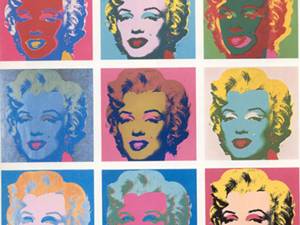 Warhol maintained a belief in the reproducibility of art, that a work of art need not be limited to a single execution. Perhaps we have Warhol to thank for the gravity and elevation we now give to notable advertising and branding campaigns. Think of recent creative work for Guinness, Apple or Honda; without Warhol would these campaigns ever have happened? 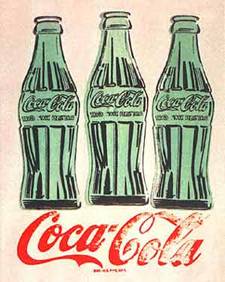 They say a picture says a thousand words and that is absolutely true. Visual content generates a more profound effect that written word because it immerses the audience and makes the concept more relatable. How can you create visual content the right way to get maximum engagement? Leave some white space When an infographic or…

Image source: Pixabay.com If you are a designer who is looking to increase his or her revenue, finding extra work or creating a project of your own should not be that big of a problem. It all comes down to your experience and willingness to learn new things, but you already have a big advantage…

Finding yourself a full-time or freelance job in the design field can be very difficult, particularly with the current job market in our current economy. Quite simply; a boring resume just won’t cut it by today’s standards!

Design trends form a vigorous part of the ecosystem in which we create our design work. The trends of the design are determined by popular culture, rising technologies, and trends of fashions. The design world changes year after year and gets updated from time to time. I would like to predict some top designing trends…

As a marketer, you spend countless hours trying to optimise your customer acquisition strategies. It can feel like an imprecise science at best sometimes. However, there are some tips that can guarantee more customers making their way to you. Here are some of the best tips to help you out. Optimising your site for lead…