Designers come in all shapes, sizes and personalities. A designer can be compared to a car. Some designers are like the nicest luxury car you can imagine – they are refined, experienced and have an excellent reputation for performance. On the other hand, you might be like a work truck: sturdy, dependable and no-nonsense design. Meyers-Briggs offers a personality type indicator test and defines 16 different personality types. Within each of those types are four different variants that measure the personality type a person falls into. Some of the variants include whether the person is an extrovert or introvert, if they make decisions based on thoughts or feelings, if they deal with the world through judging or perceiving and if they sense or interpret information. There are some personality types that are more common than others in the design world, and these personality types can easily be matched up to some popular car designs as well. So, which car are you most like as a designer? Which type drives you and makes your engine hum?

Lincoln MKS   Lincoln is a brand associated with the height of luxury. It is an established brand that has been around for many years. The MKS offers features such as seats that automatically adjust based on the specific requirements for a particular driver, back massagers in the seats, automatic sun shades in the back and many other perks of luxury. The Lincoln MKS designer offers luxury, but doesn’t cut corners on the cost of luxury. If you are an MKS designer, then you likely command more money for your designs and you don’t apologize for it. Some of the traits of the MKS designer include:

The Lincoln MKS designer most closely aligns with the personality type commander, which falls in the analyst spectrum. However, as a designer, the MKS type also has a lot of creative skills that someone with this personality type in a different career path might not have. Smart Car You’ve probably seen these tiny little vehicles on the road when you’re out and about. The smart car is a very small, two-person compact car. The car is 106 inches long, 61 inches wide, and just over 60 inches high. The car is extremely green: Most of it is made out of recycled material and runs on electricity. It is something new, exciting and very cutting-edge modern. If you are a young or new-to-the-game designer who worries about environmental impact, then you might be a smart car designer. The smart car designer:

The smart car designer can best be described as the adventurer, which falls in the explorer spectrum. As a designer, this can be a really beneficial personality type to have, because these are the designers who introduce new concepts and aren’t afraid to think outside the box. Ford F-250 The Ford F-250 pickup truck, also called a super-duty pickup truck, is a workhorse. Often used by those in construction and other building industries, this truck can haul anything from a boat to a fifth wheel motor home. There is a reason that the Ford F-Series pickups were the top selling vehicle in 2014 and for 33 years in a row. It is dependable. The Ford F-250 designer has a lot in common with this work truck. Some of the traits of this designer include:

The Ford F-250 Pickup designer most closely aligns with the architect personality type, which falls into the analyst spectrum of personalities. Although this personality type is imaginative, they are also decisive and can juggle multiple clients and projects without pausing for air.   Toyota Corolla The Toyota Corolla regularly tops the list as one of the best-selling cars in the United States. In April 2016 alone, there were 32,111 Corollas sold. Among those who own Corollas, reasons for its popularity include a reasonable sticker price, numerous features such as keyless entry and good safety ratings. The Toyota Corolla designer is likely a mid-level experience designer with a good number of design projects under his or her belt.

The Corolla designer is associated with the personality type logistician, which falls under the sentinel category. The Corolla designer loves to take responsibility and takes pride in his or her work. Chevy Corvette The Chevrolet Corvette is an iconic car in American culture. There is even an entire museum in Kentucky devoted to this sports car and its place in history. The Corvette’s powerful engine and sleek lines make it a powerful car that isn’t for the faint of heart. The Chevrolet Corvette designer is a unique mixture of innovation and tradition:

The Corvette designer is an entertainer personality type and falls into the explorer category. Although generous with their time and talents, the Corvette designer also has an eye for fashion and is quick to speak out if something looks wrong from a design standpoint.

Which Personality Type Are You? These five personality types may make you think of fast or reliable cars, but they also are all capable of innovation and getting the job done. The truth is that while you might relate more closely with one type of car/personality than another, you likely have a bit of each personality type in you. Designers pull on the reserves they most need when working on a particular project. What will you be today? A speedy Corvette or a dependable pickup truck?

Websites are no longer exclusively accessible to users who are seated at their desks, operating desktop computers. More and more users are accessing websites from their smartphones and tablets, which poses a bit of a problem when a website hasn’t been outfitted with responsive web design. What is Responsive Web Design? Image Source:www.aqusagtechnologies.com First things…

Customized t-shirts are liked by the youngsters a lot. They often wear t-shirts with witty one-liners, logos of football teams and many other things. With the T-shirt business becoming more and more user-centric, it is imperative that customers have a design tool that can be used for creating designs on t-shirts with ease. Unlike complex… 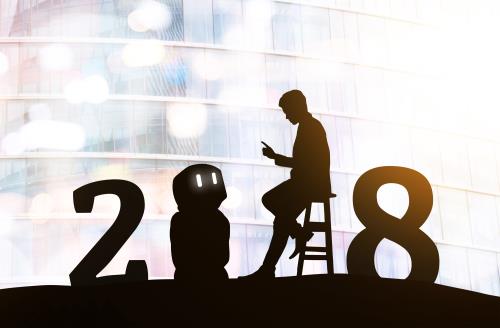 Artificial intelligence (AI), Chatbots and Blockchain are some of the key technologies which will disrupt the financial services industry in the coming days. Artificial Intelligence AI is a collection of machine learning, natural language processing, and cognitive computing designed for scale. This scalability is exciting, as it can create exponential growth and deliver today’s required…

As creative professionals, we must always take care of one aspect: finding and retaining clients for a longer period of time. It’s essential to note the fact that professionals who have personally branded themselves are witnessing more success. Even if their services don’t stand out, the price they ask for does. The moment you choose to…

Look at any list of buzzwords or “hot new trends” in UX design, and you’ll surely find “de-linearity” among them. But what is it really, and why does it matter right now? In short, de-linearity is the concept of giving users a number of ways to accomplish a task rather than requiring them to perform…