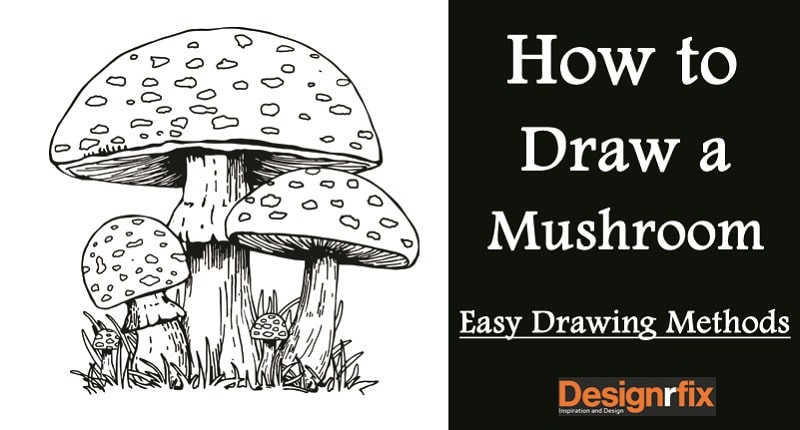 The mushroom is neither a plant nor an animal, yet it is fascinating. Mycelium, or roots, are found on the surface of the mushroom, creating the appearance of a plant.

The plant matter is consumed by the mycelium, but an animal can move freely around the world. The rest of the world’s fungi, however, are grouped together.

Several mushroom types are used in cooking, including white buttons, shiitake, portabello, morel, and oyster mushrooms. Some mushrooms are harder to find than others, such as truffles.

Sniffing truffles are done with dogs and even pigs. One pound of these mushrooms costs thousands of dollars. Growing mushrooms at home are possible using kits.

in this drawing tutorial, how to draw mushroom that has both animal and plant characteristics will be demonstrated.

Here is a tutorial to show you how to draw mushroom!

How to Draw a Mushroom

Easy 4 Methods: How To Draw A Mushroom

Now using loose lines drawing the stem shapes. It is important that all lines and details are as light as possible in the first draft.

Create curved lines for the upper part of the caps. After that, make the stems more detailed. Add rings at the bottom of the stems.

Start drawing gills under the mushroom caps after you have drawn the dots. Connect the centers to the edges by using lines. Now draw rings middle the mushroom stems.

Make sure the gills are drawn under the cap. The lines should be closely spaced. Removing unnecessary lines and adding grass as necessary for the drawing. Almost done with the mushrooms.

Create a realistic drawing of mushrooms by adding shadows. Start by painting the caps. Hatch the bottoms of the caps. Shadow the stems using hatching.

The stem should be narrow at the top and become wider toward the middle/bottom before becoming narrow again toward the bottom. Draw wavy lines on both sides of the stem.

Step-3: Fill the space with grass

Add some grass to the sides of the mushroom to make it look more interesting. This can be done by drawing the grass right over the top of the mushroom stem, then erasing it afterward.

Create a grassed landscape by drawing a pointy leaf with narrow tips at the top, widening towards the bottom middle, and narrowing again at the bottom.

Step-4: Fill in the background grass

Adding just a few blades of grass behind the mushroom would complete the picture nicely. As a result, the mushroom will appear to have grass growing around it.

The mushroom cap should have a number of spots of different sizes. Ovals or circles should be the shape of these spots. In the middle, draw circles closer together. The closer the spots are to the sides/top, the more oval and narrow they become. Making the spots wrap around the cap will make it look more 3D and the cap will look more realistic. You can either shade the lines with a pencil or pen once you’ve finished drawing the spots.

Finish it off with some red cap, light yellow stem, green grass. As markers tend to be a little too bright, you might consider using colored pencils or paint instead. The cap and grass can be colored however you want.

Create a cylindrical shape for the stem by beginning with it.

Don’t overlap your stem on top of the oval you draw on the stem.

Draw a dome over the oval, so that the top is higher than the bottom.

The gills are drawn from the stem to the cap’s edge.

As you add gills, cover the entire space.

Add a few glasses at the bottom and draw details on the stem.

Don’t overlap the mushroom with any leaves. Each leaf should be randomly placed above the mushroom.

Create a good-looking mushroom by coloring it.

Drawing curved core lines with a graphite pencil. The directions are slightly different.

The mushrooms are drawn in their shapes. The stem and cap of a chanterelle are thin.

Adding details under the cap and varying the shape of the caps, I refine the upper parts of the mushrooms.

Two small floral elements are positioned under the mushrooms to accentuate the grass.

The main contours are drawn with the SB pen.

Marking the details of the mushrooms with the S ink pen can cover the existing pencil lines.

For marking shady areas on mushroom caps, I use the XS ink liner.

I add rounded hatches to the stems using the XS liner. This adds to the three-dimensional appearance of the stems.

The foreground of the drawing gives the impression of grass. I draw vertical lines that resemble grass blades using the XS ink liner.

Using the XS ink liner, I give the mushrooms more hatches and dot patterns, accentuating the shadowed areas at the sides of the objects, as well as under their caps.

By combining lines and dots, this image appears to have an organic texture.

Use the S liner to place dots on the upper parts of the caps. The result is a velvety texture that is simple yet effective.

Using the S liner, I make the shadows darker by increasing the contrast.

Drawing a mushroom is relatively easy. However, drawing the spots can be challenging. Alternatively, you can leave out the cap of the mushroom and draw it brown instead of red to make it look like a different type of mushroom if you wish to simplify the drawing even further.

Here is an explanation of how to draw mushrooms using a tutorial. If you enjoyed the tutorial, we hope you will find it more useful in drawing future mushrooms. The best way to do this is by sharing our drawing lessons, visiting our site more often, and keeping an eye out for new ones.

If you own a printer, it goes without saying that you need to learn simple printer care routines, like how to clean printer heads. Especially when you are a beginner, this doesn’t mean that the experts have it cool always. When using printers, it’s important to learn as many tricks from simple tasks to complex… 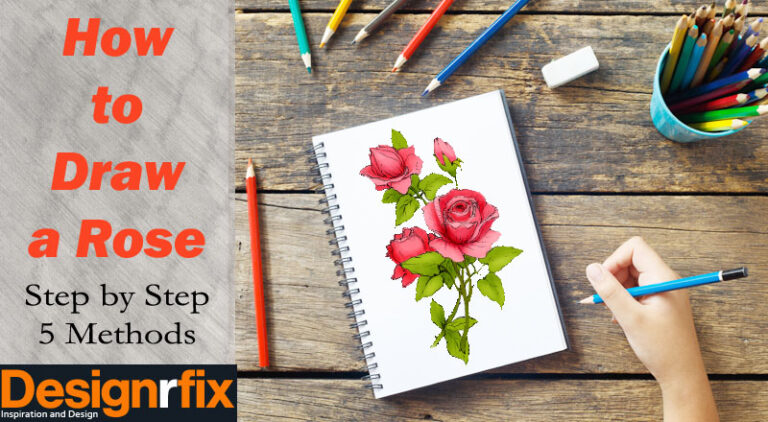 There is no doubt that roses are among the most popular and beautiful flowers, often regarded as a symbol of love. The petals of roses are made up of layers upon layers. The whole construction needs to be shaded one by one after they have been added carefully. A sketching sheet of paper, a pencil,…

It is very important to get input or feedback from a user. Therefore, implementing HTML contact forms in the web design has become crucial these days. If you are planning to design a new website or have one without an HTML form, it is the time to add one. Check a few examples of HTML…

Creative design work (or any design work for that matter) is always a struggle. Icons are no exception to the rule, and can give grief to the most professional of designers. To help you with your icon woes, I’ve put together a few core characteristics of superb icons that I’ve encountered and experienced in my…

Ever been overwhelmed with your workload and concerned about meeting a project deadline?  If you’ve been a reader of Designrfix for a while now you know we feature the best the web has to offer and typically it’s for free.  While we always want to save you a buck, sometimes there are some design elements… 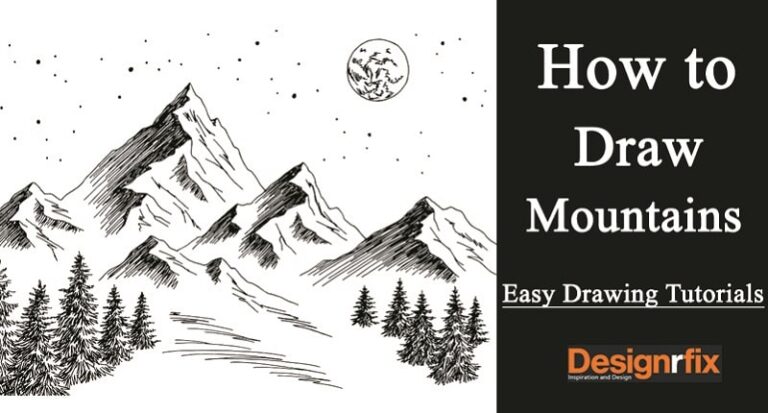 A mountain’s beauty can see from above the land’s surface. Mountain ranges usually consist of a group of mountains. In addition to cities situate in lowlands, there are also cities situated on mountains with harsher conditions. Many mountains hold religious significance as they uses for millennia for spiritual and religious reasons. The highest mountain in…